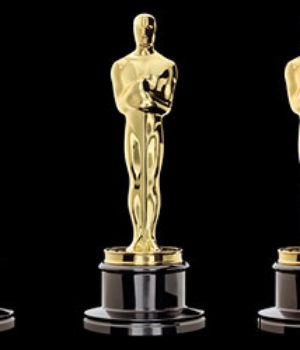 (January 16, 2014 – Toronto, Ontario) The 2014 Academy Award nominations were announced this morning in Hollywood and not quite a handful of Canadians have made it into the final ranks of potential winners come Oscar® day in late March. Actor Chris Hemsworth and Academy President Cheryl Boone Isaacs announced the nominations for the 86th Academy Awards® starting at a 5:38 a.m. Pacific Time at a live news conference attended by more than 400 international media representatives that was also carried live on Northernstars.ca.

Academy members from each of the branches voted to determine the nominees in their respective categories. For example, actors nominate actors, film editors nominate film editors, etc. In the Animated Feature Film and Foreign Language Film categories, nominees are selected by a vote of multi-branch screening committees and all voting members of the Academy are eligible to select the Best Picture nominees.

The American film Dallas Buyers Club, which was directed by Canadian Jean-Marc Vallée received 6 nominations including Best Actor for Matthew McConaughey and, more importantly, Best Motion Picture of the Year. However, Vallée, who didn’t get a nod for his direction, may end up picking up the coveted gold-plated statuette in another category. One of the craft categories the film has been nominated for is Achievement in Film Editing. Montrealer Martin Pensa is listed as sharing the editing nomination with John Mac McMurphy. However, McMurphy is a pseudonym for Vallée himself.

Other nominated Canadians include Toronto composer, musician and singer Owen Pallett. He shares a nomination with Montreal-based Arcade Fire member William Butler for their work on the original score of Spike Jonze`s film Her. Montreal-based Brit Chris Lawrence served as computer graphics supervisor on Gravity. He shares the nomination for visual effects. Toronto-born Andy Koyama shares in the best sound-mixing nomination for Navy SEALs tale Lone Survivor. And finally, in the best foreign-language film category one of the three producers that worked on Omar includes Canadian David Gerson is is based in Berlin.

Following is the list of nominees as announced this morning.

Nominations for the 86th Academy Awards Performance by an actor in a leading role:
Christian Bale in “American Hustle”
Bruce Dern in “Nebraska”
Leonardo DiCaprio in “The Wolf of Wall Street”
Chiwetel Ejiofor in “12 Years a Slave”
Matthew McConaughey in “Dallas Buyers Club”

Performance by an actor in a supporting role:
Barkhad Abdi in “Captain Phillips”
Bradley Cooper in “American Hustle”
Michael Fassbender in “12 Years a Slave”
Jonah Hill in “The Wolf of Wall Street”
Jared Leto in “Dallas Buyers Club”

Achievement in music written for motion pictures (Original song):
“Alone Yet Not Alone” from “Alone Yet Not Alone” Music by Bruce Broughton; Lyric by Dennis Spiegel
“Happy” from “Despicable Me 2” Music and Lyric by Pharrell Williams
“Let It Go” from “Frozen” Music and Lyric by Kristen Anderson-Lopez and Robert Lopez
“The Moon Song” from “Her” Music by Karen O; Lyric by Karen O and Spike Jonze
“Ordinary Love” from “Mandela: Long Walk to Freedom” Music by Paul Hewson, Dave Evans, Adam Clayton and Larry Mullen; Lyric by Paul Hewson

The Academy Awards will be presented on Sunday, March 2, 2014, at the Dolby Theatre® at Hollywood & Highland Center® and televised in the United States on the ABC Television Network. More than 225 countries and territories worldwide will also carry the award ceremonies.

Click here for a detailed review of Canada`s long history with the Academy Awards.

State of Incarceration Tonight on CBC