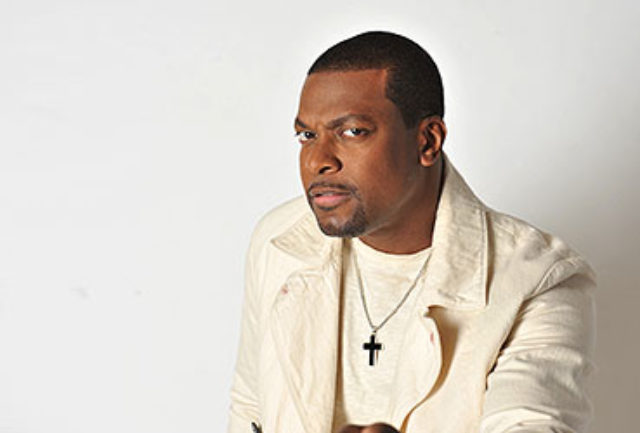 Chris Tucker to be Honoured in Toronto
by Staff

Born in Atlanta, Georgia, Tucker was a frequent standup performer on the HBO series “Def Comedy Jam” in the 1990s. He came to prominence in the 1995 film Friday playing a chaacter named Smokey alongside Ice Cube. He then co-starred and executive produced Money Talks with Charlie Sheen and appeared in Luc Besson’s The Fifth Element before beginning work on the commercially successful Rush Hour films. In 2006 he negotiated an unprecedented $25 million salary to appear in Rush Hour 3, which at the time made him the highest paid actor in Hollywood.

Tucker is also a humanitarian and spends much of his spare time traveling and working with his foundation. He most recently appeared in the Oscar® nominated film Silver Linings Playbook and is currently on a stand-up comedy tour that has received rave reviews all over the world. “Chris Tucker is a comic iconoclast who marches to his own rhythm,” said award-winning filmmaker Clement Virgo. “Blessed with a true comedian’s gift, he brings us joy and laughter each time he shares his formidable talent. He`s an inspiration to all artists looking to create their own unique path. We are honored to have him as our guest for this year`s BHM event.”

Hosted by CBC’s Garvia Bailey, An Evening Honouring Chris Tucker will celebrate Tucker’s distinct and hugely popular body of work through conversation and clips, and allow Toronto audiences to participate in a Q&A about his inspirations, entering the film business, the choices of roles, and the challenges he has faced along the way.

The event will be held on Monday, February 24, from 7-to- 8:30 pm at the Cineplex Odeon Varsity and VIP Cinemas located at 55 Bloor Street West, Toronto. This event is part of TD Then & Now Series, an inspiring and entertaining cultural showcase of one of Canada’s prominent communities. All proceeds support the CFC Diversity Scholarship fund.