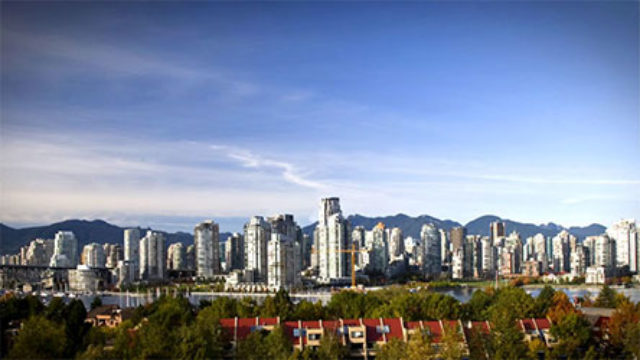 (April 4, 2014 – Toronto, Ontario) Started in 1941, the Peabody Awards were meant to celebrate excellence in electronic media. At the time that meant radio. They have grown to become the most prestigious media awards in the communications industry. As their website states, “the Peabody Awards spotlight instances of how electronic media can teach, expand our horizons, defend the public interest, or encourage empathy with others. Such excellent stories exist across genres and media types, and across regions and borders.” It is a difficult award to win and the National Film Board of Canada has just received its 5th Peabody for A Short History of the Highrise.

Created by Katerina Cizek and produced for the NFB by Gerry Flahive, A Short History of the Highrise is an interactive documentary co-produced by the National Film Board of Canada (NFB) and The New York Times with executive producers being Silva Basmajian for the NFB and Jason Spingarn-Koff for The New York Times. A Short History of the Highrise is, in fact, just the latest installment in the NFB’s multi-year, multimedia documentary project titled simply, Highrise.

Highrise offers audiences an innovative look at life inside residential highrises around the world. The centrepiece of A Short History of the Highrise is four short films: The first three “Mud, Concrete and Glass” draw on The New York Times’ extraordinary visual archives. Each film is intended to evoke a chapter in a storybook, with rhyming narration and photographs brought to life with intricate animation.

Home, the fourth chapter, is comprised of images submitted by the public. The interactive experience incorporates the films and, like a visual accordion, allows viewers to dig deeper into the project`s themes with additional archival materials, text and microgames.

On tablets, viewers can navigate the story`s extras and special features from within the films using touch commands like swipe, pinch, pull and tap. On desktop and laptop computers, users can mouse over features and click to navigate.

This Peabody Award joins their 2011 award for the Rezolution Pictures/NFB co-produced documentary Reel Injun. Previously the NFB won Peabodys in 1994 for Jeff McKay’s documentary Fat Chance; in 1995 for director John N. Smith’s NFB co-produced mini-series The Boys of St. Vincent and in 2002 for Karen Shopsowitz’s My Father’s Camera.

This 5th Peabody is the latest honour for A Short History of the Highrise, which recently won first prize at the 2014 World Press Photo Multimedia Contest in Amsterdam. The Highrise project has to date garnered some of the interactive world’s top awards, including the inaugural IDFA DocLab Award for Digital Storytelling, an International Digital Emmy Award, and the first-ever award for Best Original Program for Digital Media, Non-Fiction, at the Canadian Screen Awards.

The executive producers of A Short History of the Highrise are Silva Basmajian (NFB) and Jason Spingarn-Koff (The New York Times).