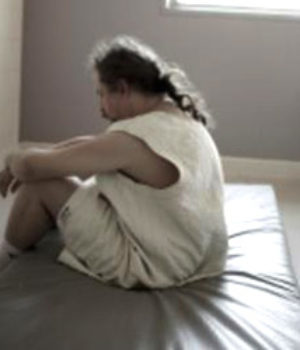 (October 6, 2014 – Toronto, Ontario) In case you didn’t know, this is Mental Illness Awareness Week, an annual national public education campaign designed to help open the eyes of Canadians to the reality of mental illness. To mark the week and to provide badly need insight, two John Kastner groundbreaking feature documentaries about people declared not criminally responsible (or “NCR”) for offences due to mental illness will be featured at the Bloor Hot Docs Cinema in Toronto on October 8 and 9, starting at 6:30 p.m.

NCR: Not Criminally Responsible and Out of Mind, Out of Sight were filmed by Kastner over an intensive 18-month period, and included unprecedented access inside the Brockville Mental Health Centre. These two acclaimed works have had an enormous impact on the debate over how Canada should deal with people declared not criminally responsible for violent crimes, and both have received glowing praise from mental health and law professionals, as well as critics.

Screening Wednesday, October 8, NCR: Not Criminally Responsible documents Ontario man Sean Clifton’s release back into society after eight years of treatment, following a psychotic episode in which he violently attacked a woman in a crowded shopping mall. The production and launch of NCR was a vital part of the healing experience for Clifton’s victim, who went public with her story for the first time prior to the Hot Docs premiere of NCR, and has forgiven her attacker. Clifton will be in attendance at the screening to answer questions, alongside four-time Emmy Award winner John Kastner and Dr. Sandy Simpson, Chief of Forensic Psychiatry at CAMH and the University of Toronto.

The following night, on October 9, Out of Mind, Out of Sight focuses on two men and two women struggling to gain control over their lives so they can return to society. Filmed inside the Brockville Mental Health Centre, the film’s subjects include Michael Stewart, who killed a much-loved family member while in a psychotic state and is tormented by a guilt so great it is almost crippling. In attendance to answer questions will be Michael’s brother John, director Kastner and Dr. Simpson.

Both evenings will be moderated by Silva Basmajian, co-producer and executive producer of the film.

Released in 2012, NCR has been hailed as “a breakthrough film — stunning” by Martin Knelman of the Toronto Star, while John Doyle of the Globe and Mail wrote that “the importance and greatness of NCR: Not Criminally Responsible cannot be overstated.” The 2013 release Out of Mind, Out of Sight was named best Canadian feature documentary at Hot Docs.

Click here for more information about screenings at the Bloor Hot Docs Cinema.