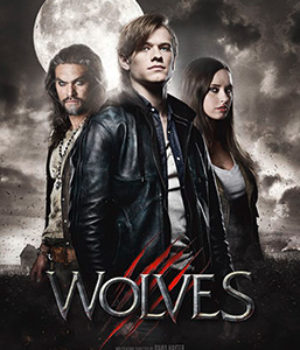 (October 9, 2014 – Toronto, ON) What is it about sitting in the dark being surrounded by complete strangers that makes people want to be scared out of their wits. We know who people who scream at scary movies when they’re watching them from the comfort of their own, secure home. Perhaps there`s that nagging feeling that there`s a kitchen full of sharp things and the backdoor is unlocked. Whatever it is, people in and around Toronto who are looking for a great fright night or two or nine can rely on the Toronto After Dark Film Festival, which launches October 16.

Here’s just a quick look at just a small handful of films on this year`s schedule:

The Canadian film Hellmouth will have its World Premiere. From the twisted mind of writer Tony Burgess (Pontypool) comes a stunning, spectacular ode to classic horror and fantasy. Hellmouth tells the tale of gravekeeper Charlie Baker, (Stephen McHattie) assigned to tend to a mysterious cemetery. Charlie’s routine journey to his new place of employment turns out to be a dark and fantastic voyage through a Gothic landscape, filled with demonic forces, and a life-altering encounter with a beautiful woman he must try to rescue from the bowels of hell. 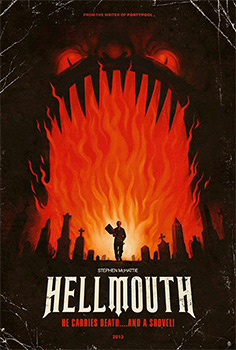 The Babadook is an Australian film and screens in its Toronto Premiere. In the scary new horror hit from Australia, single mother Amelia must battle with her son Samuel’s fear of a monster lurking in their house. After a creepy pop-up book called Mister Babadook is found on the doorstep, Samuel begins to sense a sinister presence, and strange things begin to happen around the house. Amelia is at first dismissive, but then begins to question whether The Babadook is a figment of Samuel’s troubled imagination or whether there might be something genuinely evil lurking in their midst.

Staying in Australia, the film Predestination will also enjoy its Toronto Premiere. Based on a story by acclaimed sci-fi author Robert A. Heinlein (STARSHIP TROOPERS), the Spierig Brothers (DAYBREAKERS, UNDEAD) direct Ethan Hawke (GATTACA, TRAINING DAY) in this riveting sci-fi thriller in the mold of LOOPER and MINORITY REPORT about a Temporal Agent, tasked with traveling through time to stop crimes before they’re committed. On his final assignment, the agent must pursue the one criminal that has eluded him throughout time, the elusive Fizzle Bomber, determined to unleash mass destruction upon New York City, and who somehow always seems to be one step ahead of the Temporal Agency.

Dead Snow 2: Dead vs Red from Norway (Toronto Premiere): The gruesome army of awakened Nazi Zombies from fan favourite DEAD SNOW once again return to terrorize the Norwegian countryside! In this crowd-pleasing zombie action comedy follow-up, Martin, the sole survivor of the first movie, must join forces with an American zombie hunter (cult favourite FREAKS AND GEEKS’ Martin Starr) and a reanimated squad of dead Russians if he is to try to defeat the undead Nazi horde and their evil commander!

Wolves is a USA/Canada co-pro and a North American Premiere. In this coming of age werewolf action movie from David Hayter (writer of X-MEN, X-MEN 2), Lucas Till (XMEN: DAYS OF FUTURE PAST) plays Cayden Richards, a high school senior who awakens one day to find his parents brutally murdered and his body transforming into a wild, savage wolf. In search of the truth behind his animalistic tendencies, Cayden heads to the small town of Lupine Ridge, only to find himself caught between an ongoing war between two opposing werewolf clans, led by Jason Momoa (GAME OF THRONES) and Stephen McHattie (WATCHMEN). As the past begins to reveal itself, so does Cayden’s power to put an end to the savage violence around him and within him. 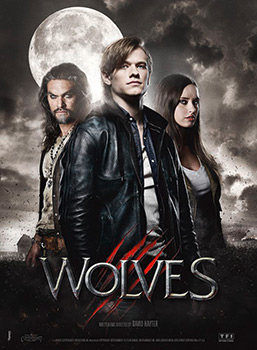 Open Windows is a Spain/USA co-production. (Toronto Premiere): In the vein of Alfred Hitchcock’s REAR WINDOW comes this gripping cyber-thriller from acclaimed Spanish filmmaker Nacho Vigalondo (TIMECRIMES) that exposes a terrifying dark side to internet voyeurism. When an unwitting celebrity fan-site operator (LORD OF THE RINGS’ Elijah Wood) is persuaded by a mysterious caller to hack into the personal webcam of a movie actress he idolizes (Sasha Grey), he finds himself not only uncovering a dark and sinister plot, but also trapped in a deadly game of cat and mouse with a psychopath.

Zombeavers is an American film having its Toronto Premiere at Toronto After Dark: From the producers of CABIN FEVER, THE HANGOVER, and AMERICAN PIE comes Zombeavers, a crowd-pleasing zombie comedy co-starring Cortney Palm (SUSHI GIRL) that delivers exactly what you’d want from its title and more! A group of college kids’ weekend of sex and debauchery at a riverside cabin turns gruesome when they find themselves menaced by a swarm of deadly zombie beavers. Riding the line between scary, sexy, and funny, the kids are soon fighting for their lives in a desperate attempt to fend off the blood-thirsty undead beaver horde!

ABCs of Death 2 is a USA/New Zealand/Canada/Israel/Japan coproduction which will have its Canadian Premiere. Get ready to gasp, laugh, shriek and cheer at this latest anthology of 26 short tales, each punctuated by a different shocking, wickedly entertaining death. Completely one-upping its predecessor, ABCs of Death 2 is packed with outstanding thrills, chills and kills, brought to you by some of the acclaimed film-making talents behind fan favourites CUBE (Vincenzo Natali), AMERICAN MARY (The Soska Twins), BIG BAD WOLVES (Aharon Keshales & Navot Papushado), MANBORG (Steven Kostanski), ROOM 237 (Rodney Ascher), INSIDE (Alexandre Bustillo) and JUAN OF THE DEAD (Alejandro Brugues), just to name but a few!

Click here for a link to the Toronto After Dark Film Festival and more October film festivals.