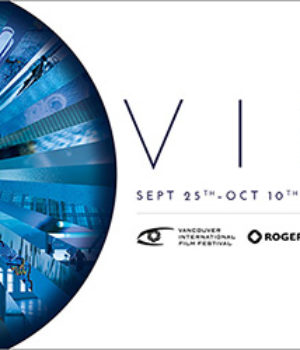 (October 20, 2014 – Vancouver, BC) The 33rd annual Vancouver International Film Festival (VIFF) set a new box office record, seeing a 10% increase on 2013, the festival`s previous benchmark year. Between September 25 and October 10, 2014, VIFF presented 549 public screenings of 349 films from more than 70 countries, confirming its status as one of the continent’s largest film festivals.

Over the course of those 16 days, 219 feature films and 130 short or mid-length films played on nine screens at seven venues. An additional 24 media screenings occurred prior to the festival and there were 25 VIFF Repeats screenings over the holiday weekend that followed the festival. All told, gated attendance for VIFF and the VIFF Industry conference exceeded 144,000.

“It was a pivotal year for VIFF as we focused on internal transition and Industry repositioning,” said Jacqueline Dupuis, VIFF Executive Director. “In addition to the overwhelming response from audiences and the box office, we also tested new initiatives from the sold out Style in Film series to spoken word artist Shane Koyczan world premiering his new piece prior to the Closing Gala screening of Whiplash. The foundation has been set for our next stage of growth and we are excited with what we now have planned for audiences in 2015.”

“We were fortunate to have a truly outstanding array of films in the festival this year,” said Alan Franey, VIFF Programming Director. “The response from visiting filmmakers, industry attendees and our large and diverse audience all points in one direction: tough as making a movie is, the seventh art is alive and capable of amazing us. People long to renew the pleasures of seeing cinema as it was intended: on the big screen in the presence of others.” Here are the winners, runners-up and special mentions of our adjudicated awards, as well as the films that scored big with audiences.

BC Emerging Filmmaker Award ($7,500 cash prize sponsored by the Union of BC Performers/ACTRA and ACTRA Fraternal Benefits Society plus a $10,000 equipment credit supplied by William F. White) Sitting on the Edge of Marlene (dir. Ana Valine)

Most Promising Director of a Canadian Short Film ($2,000 cash prize sponsored by an anonymous donor) The Cut (dir. Geneviève Dulude-Decelles)

Thousands of ballots were cast during VIFF 2014, representing a considerable proportion of the audience at every screening. Of our 219 feature films, 117 were rated 4 to 5 (very good to excellent) and 92 were rated 3 to 4 (good to very good). Following are the International Winners at VIFF

The Canadian winners at VIFF included: