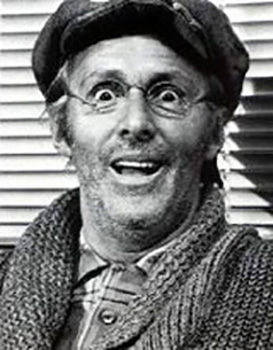 (January 17, 2015 – Toronto, ON) Actor, playwright, radio host and so much more, Don Harron has passed away at the age of 90 at his home in Toronto. Born here in 1924, Harron claimed he got his start in show business by drawing caricatures of people at banquets in the 1930s. He would later audition for CBC radio. His acting career took him to stages in London and to Stratford, Ontario. To many, if not most, he will be remembered for two major contributions to Canadian culture. One was the unique character of Charlie Farquharson, a fictitious folksy story teller, and the second is for the creation the theatrical version of Anne of Green Gables, which has become the longest running annual musical theatre production according to Guinness World Records.

A tremendously talented actor and writer Don Harron made his debut at the age of ten. His voice was first heard on CBC radio in 1936. He introduced the character of Charlie Farquharson at the Spring Thaw in 1952. He once told Global Television that Charlie was based on a character and accent he played in The Inheritance for the New Play Society. Charlie’s down home humour and slightly maniacal laugh made him perfect for the hit US television variety show, Hee Haw that was hosted by fellow Canadian, Gordie Tapp.

However his most enduring legacy will be how he helped create the musical version of Anne of Green Gables. Harron worked with Norman and Elaine Campbell and Mavor Moore to turn the Lucy Maud Montgomery classic into a CBC television production in 1955. Nine years later they adapted the television version into one for the stage. It was first produced for the Charlottetown Festival on Prince Edward Island in 1965 and has been produced every year since. This will be its 50th year. In March of 2014 it was declared the “longest-running annual musical theatre production” by Guinness World Records.

Decades after his debut on radio, Harron spent five years as the host of CBC’s Morningside, the show that later became identified with Peter Gzowski.

Don Harron is survived by his partner Claudette Gareau and his three daughters. One of them, Mary Harron is a highly successful film director. Kelly Harron continues work that started a few years ago on turning the stage version of Anne of Green Gables in a film musical.

Don Harron died this morning surrounded by family at his Toronto home after choosing not to seek treatment for cancer.