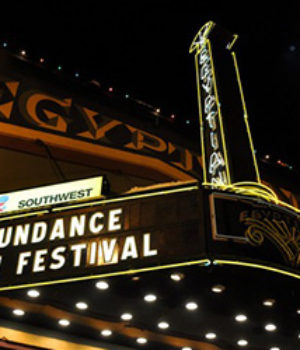 (January 22, 2015 – Toronto, ON) The 2015 edition of Robert Redford`s Sundance Film Festival kicks off today in Park City, Utah. It`s chilly but not as cold as most of Canada. The forecast is for sunny weather and a high of 33 Fehrenheit, climbing to a balmy 53F by next Monday. Not quite the temperatures you might expect in the mountain ski resort of Park City. That said, there`s been a warm welcome for Canadian films this year at what is one of the most important film festivals in the world.

Two of Canada’s most respected and successful directors have films screening at Sundance. Guy Maddin brings his latest ode to the silent era, The Forbidden Room, which will screen on Monday the 26th amd again on the 28th, 29th and 31st. It`s a sweeping two-hour epic with, as they used to say in Hollywood, “a cast of thousands.” Not quite, but the large international cast ranges from Charlotte Rampling, Geraldine Chaplin and cult fav Udo Kier to Canadian stars like Roy Dupuis, Karine Vanasse and Caroline Dhavernas. No official release date has been announced but now that it`s on the festival circuit it should show up in Canada soon. 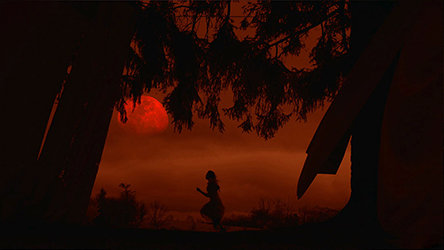 Two NFB films are on the schedule this year. The Amina Profile will have its World Premiere this Saturday, January 24, the first of five screenings. Co-produced by Montreal-based production company esperamos and the National Film Board of Canada (NFB),The Amina Profile, an incredible true-life drama, explores the story of “Amina Arraf,” a Syrian-American revolutionary whose blog A Gay Girl in Damascus acquires a huge following as the Syrian uprising gains momentum. Sandra Bagaria, a smart young Montreal professional, is involved in an online affair with her when Amina is allegedly abducted by the Syrian secret police—sparking an international movement to save her from torture, rape or even death. Playing out like a detective story, The Amina Profile involves American intelligence agencies, major global media outlets, and a host of activists and sympathizers. But what started as a love story becomes the tale of an unprecedented media and sociological hoax, infotainment, deceit and betrayal. The feature is written and directed by Sophie Deraspe, and produced by Isabelle Couture (esperamos) and Nathalie Cloutier (NFB). The executive producers are Hugo Latulippe, Michel St-Cyr and Guy Villeneuve (esperamos), Colette Loumède (NFB). The film is being released in French as Le profil Amina.

Also from the the National Film Board, which has become a world leader in interactive productions, is Vincent Morisset’s 360? interactive experience titled Way to Go. It premieres January 26 at Sundance. Way to Go is a virtual walk in the woods. It is a mixture of hand-made animation, 360? video capture, music, dreaming and code. In a release from the NFB they state, “It`s for human beings between 5 and 105 years old. Maybe it lasts six minutes; maybe it lasts forever. At a moment when we have access to so much, and see so little, Way to Go will remind you of all that lies before you, within you, in the luscious, sudden pleasure of discovery. The interactive journey will be online and free-to-play.”

One other Canadian film being screened is Turbo Kid from Montreal writing-directing team Anouk Whissell, Francois Simard and Yoann-Karl Whissell. It casts Munro Chambers as an orphan in the post-apocalyptic future who faces off against the sadistic Zeus, played by Michael Ironside.

If the measure of the importance of a film festival is how many submissions it receives, this year Sundance received an unprecedented 12,000 entries. Click here for a link to the Sundance Film Festival and other January 2015 film festivals.