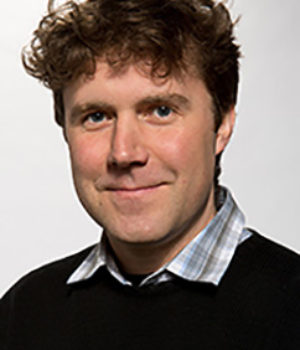 St. Jules Gets Jutra for Bang Bang Baby
by Staff

(January 29, 2015 – Montreal, QC) Known for his short films, Québec writer-director Jeffrey St-Jules will be the recipient of the coveted Claude Jutra Award at the 2015 Canadian Screen Awards during the Broadcast Gala on March 1st of this year. The announcement was made this morning by the Academy of Canadian Cinema & Television.

“The Academy is honoured to present filmmaker Jeffrey St-Jules with the Claude Jutra Award for his exuberant musical comedy, Bang Bang Baby,” said Academy Chair Martin Katz. “Bang Bang Baby first dazzled at the Toronto International Film Festival with a bold originality that has set him apart as a Canadian filmmaker to watch.”

Written and directed by St. Jules, a graduate of Concordia University and The Canadian Film Centre, and produced by Scythia Films, Bang Bang Baby tells the tale of a small town teenager (Jane Levy) in the 1960s who believes her dreams of becoming a famous singer will come true when her rock star idol (Justin Chatwin) gets stranded in town. But a leak in a nearby chemical plant that is believed to be causing mass mutations threatens to turn her dream into a nightmare.

Prior to his feature film debut with Bang Bang Baby, his short films include The Sadness Of Johnson Joe Jangles, which won him Best Emerging Filmmaker at the Worldwide Short Film Festival and the Genie-nominated short The Tragic Story Of Nling, which was selected for the Sundance Film Festival and was named the best short film of 2007 by Film Threat. St Jules is the only Canadian ever to have been selected for the Cannes Festival Residence.

Established in 1993 in honour of the late Quebec filmmaker Claude Jutra who directed the landmark Canadian classic Mon Oncle Antoine, his namesake award celebrates the outstanding debut of a first-time filmmaker. The Academy’s Claude Jutra Award winner is selected by a jury of Canadian filmmakers; the award is sponsored by Telefilm Canada.