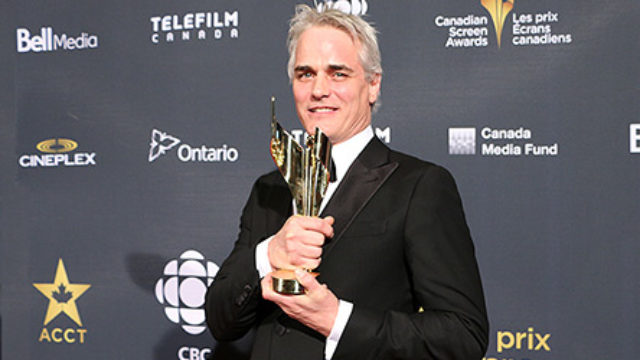 (February 26, 2015 – Toronto, ON) Things kicked up a notch at the second night of the Canadian Screen Awards last night at the Sheraton Centre in downtown Toronto. You could tell by the sudden appearance of the TV cameras, almost totally absent the night before. Also, and without prejudice of any kind, a lot of the awards on the first night went to the people behind the scenes, the people that actually pour their heart and souls into getting the work side of showbiz done. Last night there were some pretty big names in attendance, including Rick Mercer, Callum Keith Rennie and Paul Gross (pictured above) who was honoured by the Academy of Canadian Cinema & Television with the Earle Grey Award for Lifetime Achievement.

“The Academy is honoured tonight to be able to recognize the creators and artists of Canada’s favorite drama, comedy, and kids’ television programming, that entertain and inspire us,” said Academy Chair, Martin Katz.

Helga Stevenson, Academy CEO, added “You, the producers, artists and craftspeople of the Canadian screen industry are critical to this country. The arts, and more specifically, our moving image arts, define us and connect us.” At which point the host, comedian Darrin Rose, launched into his routine. Being a non-broadcast event and since he was playing to a different audience, he used the exact same banter he had used the previous night but was a bit smoother having had some practice with the material.

Following is an edited list of the winners of a Canadian Screen Award lsited by category: 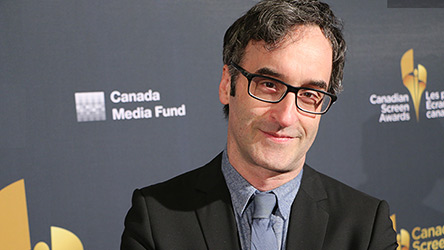 Best Direction in a Dramatic Series:
Orphan Black – Mingling its Own Nature With It
Space (Bell Media)
TJ Scott

Best Host in a Pre-School, Children’s or Youth Program or Series:
The Adventures of Napkin Man – Just Me in a Tree
CBC (CBC)
Yannick Bisson 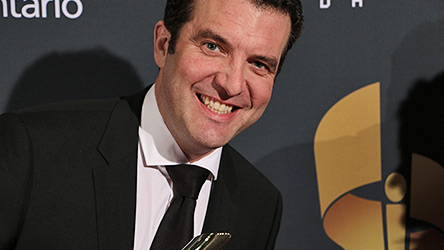 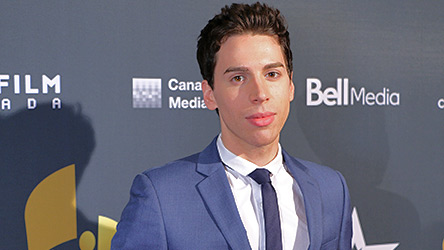 Best Performance by an Actor in a Featured Supporting Role in a Dramatic Program or Series:
Orphan Black – Mingling its Own Nature With It
Space (Bell Media)
Jordan Gavaris (pictured)

Best Performance by an Actress in a Featured Supporting Role in a Dramatic Program or Series:
Bomb Girls: Facing the Enemy
Global (Shaw Media)
Ali Liebert

Best Performance by an Actress in a Featured Supporting Role or Guest Role in a Comedic Series:
Spun Out – Stalkblocker
CTV (Bell Media)
Lauren Ash 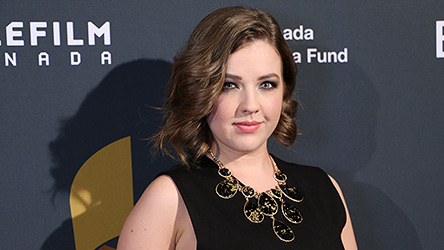 A complete list of Canadian Screen Award winners can be found on the Academy’s website. Northernstars.ca congratulates all of the nominees and winners.