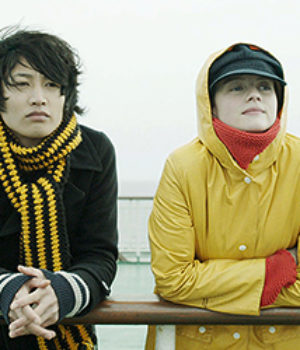 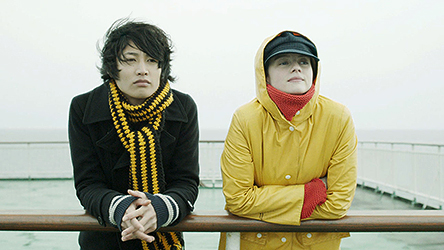 Tokyo Fiancée to open Cinéfranco(March 28, 2015 – Toronto, ON) One of the highlights of the busy Toronto film festival calendar is the arrival of Cinéfranco. Now in its 18th season, this annual celebration of French cinema could easily be renamed the International French Film Festival as its list of features is a mirror of the French speaking world. It is English Canada’s largest celebration of international Francophone cinema and this year it finds a new home at the Bloor Hot Docs Cinema. Cinéfranco will run from Friday, April 10, 2015 to Sunday, April 19.Once again Cinéfranco will explore the diverse cinemas of the Francophone diaspora, the riches of Francophone cultures and showcase the talents of established as well as rising Francophone filmmakers and artists. With 22 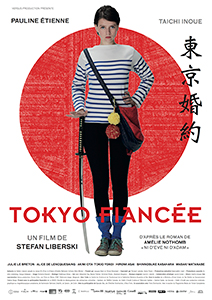 feature films and 7 shorts, including many award-winning and highly acclaimed films from festivals around the world, there is something for all lovers of cinema, from comedy fans to thriller aficionados. Films from Belgium, Canada, France, Tunisia, The United Arab Emirates and Morocco will grace the big screen, including 7 North American Premieres, 9 English Canadian Premieres, 1 Canadian Premiere and 1 Ontario Premiere.Based on Belgian writer Amélie Nothomb`s European bestseller, the opening night of Cinéfranco gets underway with romantic comedy, Tokyo Fiancée, a charming and tender tale of cultural discovery and young love. In this 100-minute feature we find 20 year Amélie (Pauline Étienne) returning to her native country, Japan. Working as a French tutor, she meets her match in Rinri (Taichi Inoue). He`s a chivalrous and pensive Japanese student obsessed with all things French — which soon includes Amélie, even though she`s Belgian. Director Stefan Liberski`s dynamic pace energizes the Amélie’s exciting quest for her dreams. And it`s a great way to kick off this international celebration of French film.Women are at the forefront of this year’s festival, standing out both behind and in front of the camera. Female filmmakers shine as they tell their stories with undeniable dramatic intensity. A powerful presence in Quebec cinema for decades, Micheline Lanctôt’s Autrui goes straight to the heart of homelessness. Although homelessness is the foundation for the film, it`s also a touching story of relationships between very different people. One is a young woman who seems to be drifting through life without much purpose and the other is a man of the streets with no small amount of rage boiling up inside him.Then there`s Kaouther Ben Hania daring mockumentary The Slasher of Tunis/ Le Challat de Tunis which denounces the machismo of Tunisian society with skill and humour. Marie-Castille Mention-Schaar with Once In 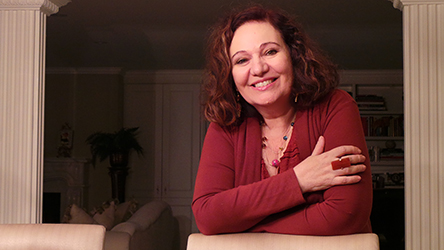 A Lifetime /Les Héritiers takes us to a multicultural and multi-ethnic grade 10 class of unruly pupils, who connect with Jewish teenagers of the Holocaust generation, in a film full of surprises and optimism.Another film high on our list is the remarkable Party Girl, which is based on a true story and features Angélique Litzenburger, who plays herself, as the aging nightclub hostess who has to face the prospects of leaving behind her friends and the only life she’s known. Angélique’s real life son, Samuel Theis, one of the three co-directors and writers of the film, has also cast his siblings Mario, Severine and Cynthia in the film which opened Un Certain Regard at Cannes.Marcelle Lean, Founder-Artistic Director of Cinéfranco (pictured above) says of this year’s line-up, “I love this year’s film selection as it features strong characters mostly inspired by true stories or acclaimed novels. The directing and acting are amazing!”For a list of all the films screening this year at Cinefranco and for ticket information, look for the link to Cinéfranco on our April Film Festivals page.