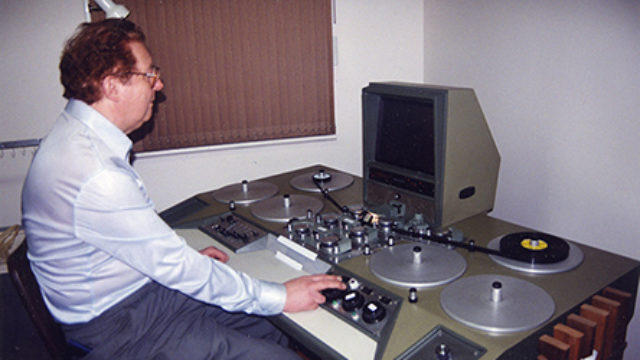 (April 8, 2015 – Vancouver, BC) Film is a puzzling cultural artifact. With YouTube, it seems as if any and all images & content are easy to pull up on our iPhone. But many films are like some old 78 records; a single or rare copy of a local or non-commercial production may languish unseen & unknown for years. Thanks to the collector`s muse of the late Bert Bush, the VIFF Vancity Theatre will be able to screen some of these local gems.

Born in Toronto, Stanley Bertram Bush became known as Bert and became a fixture in Vancouver`s film and video scene. He had a love of film from an early age and learned the art of photography with the use of an early camera. Later, while in Los Angeles, he jumped at the chance to work on a radio show running the sound. Another opportunity led to a career in the film industry as an editor.He supervised printing for Trans Canada Films before opening his own post-production firm, Bush Edit House, in 1971.He cut film & video, rented equipment and mentored young filmmakers until his death in 2006. He left a business crammed to the rafters with all sorts of editing & film/video production equipment. Among the many objects needing a new home after the building was sold were stacks of rusting, poorly labeled cans of film. A few film archivists leapt into the fray. They snaffled the cans, cleaned, catalogued and re-canned almost a 100 film items. The materials included silent takes of local productions and compilations of TV ads. They found educational and sports television shows as well as prints of locally-produced instructional & ‘industrial’ productions.Curated by Christine Hagemoen, Lost & Found: Bert Bush`s Accidental Archive showcases some of these 16mm film finds. Dating from 1958 to 1975, the archive is a time-frame before Vancouver started to think of itself as Hollywood North. Edited together, the 120-minute Lost & Found: Bert Bush`s Accidental Archive is a mixture of black & white and colour titles mixing BC tourism (A Date with BC, A Place To Be) with cautionary tales of alcohol abuse (Voices) and heart disease (Heartbeat), a ‘how-to’ film about placing a long-distance call without operator assistance (DDD – Direct Distance Dialing) and rare examples of locally-produced 1950s and 1960s TV ads.Lost & Found: Bert Bush`s Accidental Archive screens at the VIFF Vancity Theatre on Sunday, April 19 at 3:00PM.