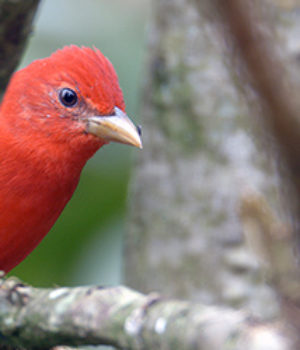 (April 13, 2015 – Toronto, ON) It`s been 53 years since the publication of Rachel Carson`s book, Silent Spring. It was supposed to be a wake up call to the world about how our footprint was causing severe damage to the environment due largely to the chemical industry and more specifically the use and over-use of pesticides. Now there is a new call and this time it`s a documentary and it is titled, The Messenger. It gets its title from that oft used metaphor about the canary in a coal mine and in Su Rynard’s film we are asked to contemplate our deep-seated connection to birds while it warns us that the uncertain fate of songbirds might mirror our own. The Messenger will have it`s World Premiere at Hot Docs.

The Messenger, which screens three times at this year`s Hot Docs, brings us face-to-face with the beauty of Thrushes, Warblers, Orioles, Tanagers, Grosbeaks and many other airborne music-makers – and with the existential threats they face from sharing the planet with us. These include hunting, light pollution, high-rise impacts, pipelines, pesticides and loss of migratory habitats.

On one level, The Messenger is eco-alert as art – a skillfully told character first-person p.o.v. about the mass depletion of songbirds on multiple continents, and about the compassionate people who are working to turn the tide. According to international expert Dr. Bridget Stutchbury, who is featured in the documentary, we may have lost almost half the songbirds that filled the skies fifty years ago.

On another level, The Messenger is an engaging, three-act emotional journey, one that mixes its elegiac message with hopeful notes and unique glances into the influence of songbirds on our own expressions of the soul. For example, a German composer, DJ and bird-watching enthusiast, Dominik Eulberg, incorporates bird-sounds seamlessly into techno music and introduces us to the use of birdsongs in Wagnerian opera. 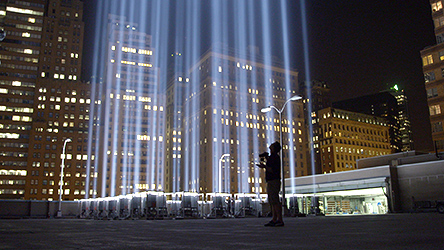 The Messenger also extends our “birds’ eye view,” with a fresh glimpse into their migratory life – courtesy of new technology that tracks individuals and species over thousands of miles, offering up intimate information about the hazards they encounter on their journeys.

We meet passionate and motivated people like Michael Mesure, the founder of the Fatal Light Awareness Program, who has spearheaded the treating of skyscraper glass with markers, resulting in a 70% decline of bird deaths. As he says of the movement to switch off lights in empty buildings, “How often can you say, you flick a switch and a problem disappears?”

We see culture clashes, as in France, where activists run up against hunters of the Ortolan Bunting, an endangered bird that is considered a culinary delicacy. And in the vast prairie lands of Saskatchewan, Dr. Christy Morrissey unravels the mystery behind the sharp drop in the numbers of insect eating birds. She discovers that the smoking gun is likely the same pesticide that is killing honeybees and states, “We are changing the environment faster than birds can cope with.”

But there is an ultimate wild card for songbirds. A Turkish ecologist brings us to a crucial songbird site where the distant Mount Ararat looms large as a sentinel for climate change, where its disappearing glacier could spell tragedy for the wetlands at its base. There`s a glimpse of hope for a sustainable future, as Costa Rican coffee farmers learn from ornithologist Alejandra Martinez-Salinas about the benefits of pesticide-free shade-grown coffee. The diversity of shade trees provide a natural habitat for migratory songbirds and the birds’ appetite for the destructive coffee berry borer, provides an alternative to agro-chemicals.

Ultimately, The Messenger is about what the birds have to tell us about the state of our planet and of ourselves. In the words of Peter Marra, of the Smithsonian Migratory Bird Center in Washington, D.C., “When the bird population starts to decline it’s a cold, it’s a flu that the Earth has. Birds provide an estimate of the integrity of the environment itself. We are part of that environment. We depend on it for our own lives.”

Co-written and directed by Su Rynard, The Messenger will have its World Premiere at Hot Docs on April 28 at Toronto`s Scotiabank Theatre. It will play again there on May 1 and on May 3 at the Innis Town Hall Theatre.