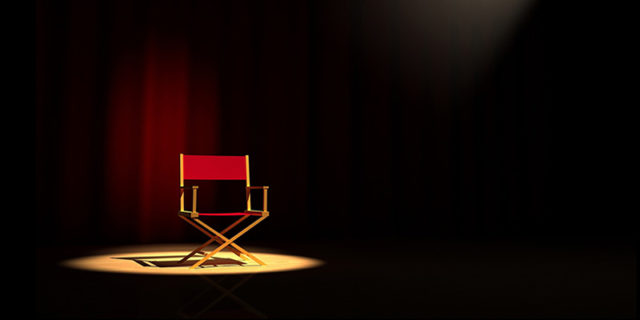 (March 31, 2020 – Toronto, ON) Renowned for her singular vision of how films can be made, Ingrid Veninger, founder of pUNK Films, could have just as easily named her company HandMade Films, if that name wasn’t already taken. Her innovation and drive to get things done no matter the odds or circumstances has earned her the respect of everyone who has come to know her or know her work.

It should come as no surprise that when the world is in lockdown thanks to the COVID-19 pandemic, it was Veninger who came up with “Exquisite Cadaver Project: An International Collaboration.” Subtitled 10 Filmmakers x 10 minute films in 2020, Veninger said, “In these uncertain times, we embrace uncertainty, and we create. Everything is changing day by day. Through our isolation, we’ve decided to make something together. We recognize that being able to collaborate is a privilege and we do not take it for granted. During the month of April, ten female filmmakers, from around the world, will each make a ten-minute film. The films will be inexorably linked by theme. Our framework is the Exquisite Cadaver. The goal is to make a film, greater than the sum of its parts. The process will be fast and intense. We’re diving in with all our hearts and guts. We are in this together. 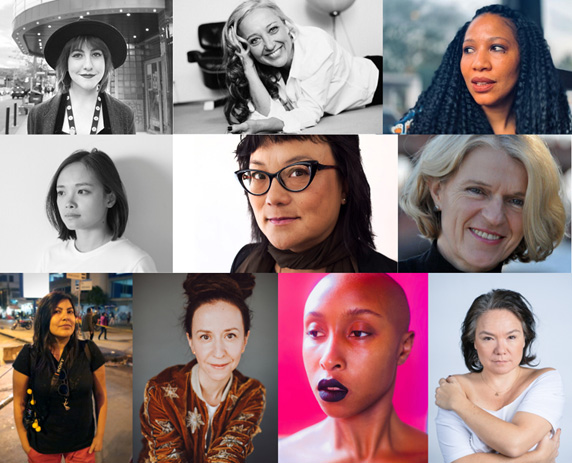 Jennifer Podemski is an award-winning, Gemini nominated actress and producer born and raised in Toronto, Canada. Since beginning her professional career at the age of 14, Jennifer has achieved great success as an actor in film, television and theatre. In more recent years, she has spent time working behind the camera as a producer, writer and director with her company Redcloud Studios, an independent production company.

Lydia Zimmermann is a filmmaker and film teacher, born in Barcelona, from Swiss parents. Lydia has written, edited and directed shorts, feature films, tv movies and documentaries. She has made video-installations in art galleries and museums.

Violeta Ayala is a Quechua film director, producer, writer and artist with Bolivian and Australian nationality. She is best known for directing the award-winning documentaries: Cocaine Prison (TIFF, 2017), The Fight (2017), The Bolivian Case (2015), and Stolen (2009). Her films have won 45 awards.

Slater Jewell-Kemker has been making films since she was six. An award winning filmmaker and climate activist, Slater has been featured by Forbes twice: once for her 12 year documentary feature on the rise of the global youth climate movement YOUTH UNSTOPPABLE, and another for her CFC short film STILL which explores domestic violence and infatuation. STILL premiered at the 2014 Toronto International Film Festival and was chosen as part of Canada’s Top Ten.

Carmen Sangion was born in the working class township of Coranationville, west of Johannesburg, South Africa. “From the time I watched my first film at the cinema, which was Spielberg’s ET, I was captivated and fell forever in love with the magic and beauty of cinema. I will never forget telling my mother that I was going to be the Steven Spielberg of Africa.”

Isa Benn is an award-winning filmmaker, screenwriter, playwright, multimedia artist and creator. She has several highly visual sensory “handicaps”, including synesthesia, Asperger’s and ideasthesia. She draws upon her experience as a North and West African, Caribbean, Jewish, Queer, Latinx woman to create stylistically introspective works that shed a harsh light on the racism, lack of decolonization, colorism, ableism and attacks on queer bodies that are rampant in North American society.

Shengze Zhu is a producer and documentary filmmaker. She co-founded the production company Burn The Film with director and visual artist Yang Zhengfan, and has served as producer for Yang’s films, including Distant (2013) and Where Are You Going (2016). Her directorial debut, Out Of Focus (2014), premiered in France, and her films have been screened internationally ever since.

Mina Shum has written and directed five award-winning feature films that have successfully touched international and domestic audiences. Her films have premiered at Sundance and Toronto and Berlin film festivals. The New York Times calls her work “wry and winning.”

Dorothee Wenner is based in Berlin, where she works as a freelance filmmaker and writer/curator. Her documentaries often transgress borders of traditional genres, as she uses elements of feature filmmaking when working with protagonists.

Ingrid Veninger holds an MFA from York University and has been a full-time faculty member of AMPD (School of the Arts, Media, Performance and Design) since 2019. Born in Bratislava and raised in Canada, Ingrid has been celebrated as “the DIY queen of Canadian filmmaking” (Liam Lacey, Globe and Mail). Since 2008, she has produced ten feature films with premieres at TIFF, Rotterdam, Locarno, Slamdance, Whistler, Rome, Hot Docs, Karlovy Vary and MoMA in New York.

As the media release states: In this time of COVID-19, “10 female filmmakers, inked through isolation, make a mighty filmmaking chain.”

This promises to be something very special for the very special time we are living through. Here at Northernstars we can’t wait to see this project completed.

The Summerland Project at Cannes