(March 5, 2019, Toronto, ON) Hot Docs has announced the titles of 15 documentary features that will screen in this year’s Special Presentations program, as part of the 26th annual edition of North America’s largest documentary festival. The list includes six Canadian productions or co-productions and two of them were produced by Peter Raymont. Special Presentations features are a high-profile collection of world and international premieres, award winners from the recent international festival circuit and works by master filmmakers or featuring star subjects.

Notable subjects featured as part of the Special Presentations program include Alexandria Ocasio-Cortez, newly elected Democratic Congressperson and the youngest woman ever to serve in the United States Congress (Knock Down the House); Diana Kennedy, the “Mick Jagger of Mexican cuisine” (Nothing Fancy: Diana Kennedy); and Pulitzer Prize–winning author N. Scott Momaday, one of Native America’s most celebrated literary figures (N. Scott Momaday: Words From a Bear). Award winners from the recent international festival circuit include Always in Season, which won the U.S. Documentary Special Jury Prize for Moral Urgency at Sundance this year, and Knock Down the House, which won Sundance’s Festival Favorite Award this year.

ALWAYS IN SEASON
D: Jacqueline Olive | P: Jacqueline Olive, Jessica Devaney | USA | 2019 | 88 min | International Premiere
The unresolved case of a Black teen found hanging from a swing set in North Carolina in 2014 is the lens through which this searing doc examines the lingering trauma of more than a century of lynching and continued racial violence.


ASSHOLES: A THEORY
D: John Walker | P: Ann Bernier, Annette Clarke, John Walker | Canada | 2019 | 81 min | North American Premiere
Inspired by the New York Times bestselling book, this lively philosophical investigation into the rise of asshole behaviour across the world asks: What does it mean to be an asshole, and more importantly, how do we stop their proliferation? 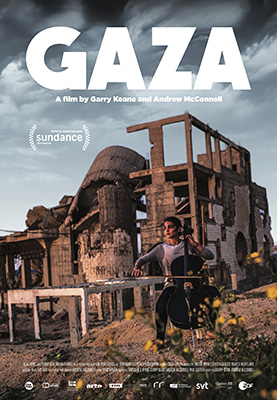 of the most dramatic and polarizing periods in Brazilian history.

HUMAN NATURE
D: Adam Bolt | P: Sarah Goodwin, Meredith Desalazar, Elliot Kirschner | USA | 2019 | 107 min | Canadian Premiere
In a brave new world in which science fiction collides with fact and DNA sequences can be edited with ease, this provocative examination forces us to reconsider what it means to be human.

These Special Presentations will screen as part of the 2019 festival. Hot Docs is North America’s largest documentary festival, conference and market running from April 25to May 5, 2019. The full selection of films to screen at Hot Docs 2019, including the opening night film, will be announced on March 19. Ticket packages and passes are now on sale online. Ticket package redemption and single ticket sales for Hot Docs members are available starting March 19. Single ticket sales open to the public on March 26.