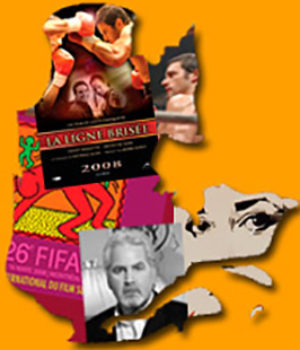 Inside Québec – April 2008
by Maurie Alioff

As an ensemble, these films offer contrasting images of Quebeckers at points in time ranging from the prim 19th century to the free-wheeling 1990s.

Set in the mid-thirties, Les Fous de bassans reveals the guilty obsessions and simmering violence of a small town through the eyes of a prodigal son returning home. While Beaudin’s Le Matou also has a dark side, the movie’s serio-comic tone is closer to Dickens than William Faulkner. The picture has a timeless aura suitable for novelist Yves Beauchemin’s best-selling allegory about a young Québécois couple whose dream of owning a corner restaurant is both supported and betrayed by a demonic outsider known as Egon Ratablavasky. The movie’s cast highlights today’s busiest male lead, Guillaume Lemay-Thivierge (Les Trois p’tits cochons, La ligne brisée), in his first big role as a homeless little boy.

As for Catherine Martin’s Mariages, her directorial debut portrays a young woman whose budding sexuality and thirst for freedom are hard to express in Victorian times. La Florida, written by Suzette Couture and directed by George Mihalka, might as well be taking place on another planet. The rambunctious movie depicts 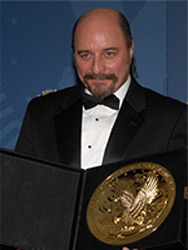 a Quebec family’s quest to escape icy Montreal for the El Dorado of motel ownership in Hollywood, Florida, a resort town that is to Quebeckers what Miami Beach once meant for Jews. The cast includes Marie-Josée Croze, in her screen debut and now featured in international hits like The Diving Bell and the Butterfly, and the ubiquitous M’sieu Lemay-Thivierge.

At a launch of the new DVDs, organized by top distributor Alliance Vivafilm, Yves Simoneau told me that back in the early 1980s he was a “very naïve young director who was offered a piece of literature that was defined as unadaptable.” But with Anne Hébert’s approval of his cinematic approach to Les Fous de bassans, and producers who gave him complete freedom, Simoneau experienced “a connection with the poetic side of that movie that was unique. I had never felt that before, and I never felt that after.”

Known for period pieces like his Emmy-winning HBO movie Bury My Heart at Wounded Knee (2007), Simoneau focuses on the “human behaviour and emotions,” rather than the time-frame of a piece. In the case of Les Fous de bassans, “It’s the outcast who’s coming back, a traditional, classical theme that you see in movies, in literature, in poetry.

”One of the few Quebec moviemakers to seek out and score an American career, Simoneau has himself returned home to Quebec after years in Los Angeles. Once “your name is known, and people have seen your work,” he explains, “there’s a shift, and when you feel that shift happening, you don’t have to be there anymore.” While fond of California, Simoneau craved the intimate living that he grew up with in Quebec and wanted his children to connect with it.

Also making an appearance at the Alliance launch, Catherine Martin talked about her need to be in touch with her Québécois roots. For the writer-director, Mariages is all about “things I wanted to say about Quebec and its women. It was very important to show people like my grandmother, or my great-grandmother. It’s this feeling of continuity and transmission from mother to daughter, and the importance of the past in terms of what makes us human beings in the present.”

As for seasoned moviemaker George Mihalka, he’s delighted that after so many years, La Florida “still holds. The pictures hold, the acting holds, the look holds.  It doesn’t look like it was a film done 15 years ago.” The comedy works, Mihalka continues, “because the working class dream is still there, a dream that in the early nineties was treated in a very sombre, way and from an almost Marxist-Leninist perspective.”

Mihalka recalls that back in 1993, Quebec critics disdained La Florida because it laughed affectionately at Quebeckers’ American dreaming, rather than savaging it as deviant a la Pierre Falardeau’s Elvis Gratton movies. “We were trampled to the point that it was vicious. None of the reviewers wanted to admit they had an uncle or aunt exactly like that hidden in the closet somewhere. We tried to do Capra meets an Italian comedy, which was just not the mode.” In 2008, when comedy rules in Quebec cinema, “these same people talk about the film as a classic. It reminds me of the communist system I grew up under in Hungary. You get rehabilitated.”

For Mihalka, the Harper government’s notorious Bill C-10 is also a flashback to his youth behind the Iron Curtain. “It is an aberration,” he says, “but we can’t just blame the Conservatives. It was slipped in during the Liberal regime although I don’t think it was as invasive or intrusive as it is now.” Mihalka also objects strenuously to the fact that C-10 was “hidden in a 500 page omnibus bill in a very innocuous way.”

As if the industry were not plagued by enough uncertainties to keep it in a chronic state of the heebie jeebies, filmmakers must now lose sleep over an apparent attempt to resurrect the prudery that once drained the life out of Canadian filmmaking. The intended legislation would force producers to return tax credits if their shows, according to a shadowy tribunal adhering to undefined rules, violated the “public interest.”

“We have all the checks and balances in the legal system to decide what is either obscene, or pornographic, or subversively detrimental to our society,” Mihalka continues. “If Bill C-10 passes, it’s going to be very difficult to finance a film. Which bank is going to give you bridge financing knowing that after you’ve shot the film, somebody might decide that you have to give 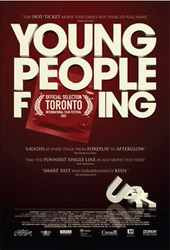 back money? It’s a poison pill, and I don’t think they really thought about that.”

What kind of material would be considered assaults on sensitive Canadians? No one is saying, but Mihalka believes that a movie like Juno “could possibly be objectionable.”  Obviously, David Cronenberg should watch his step, and The Trailer Park Boys might consider surrendering to Mr. Lahey’s will. And forget about Young People Fucking 2, given that C-10 was probably triggered by the Prime Minister’s horrified reaction to the Toronto Film Festival’s warm embrace of the mildly titillating, Telefilm-Canada supported YPF 1.

The bill, which has been condemned by Quebec’s Société des Auteurs de Radio, Télévision et Cinéma and the Association des réalisateurs et réalisatrices du Québec, is being resisted by the Liberal opposition from Stéphane Dion on down. If not withdrawn, C-10 could lead to a climate in which a pitch for Anne of Green Gables Meets the Beachcombers would be the only safe bet. 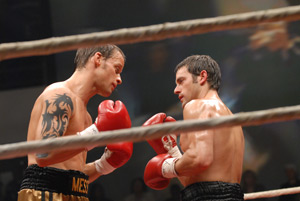 Sébastien (David Boutin), whose relationship gets rocked when their drunken, reckless behaviour leads to a highway accident.

Once on the verge of pro-boxing championship, Sébastien devolves into a wounded and embittered loser deeply resentful of Danny, now a rising fighter. When he’s not coming on to his physiotherapist (Fanny Mallette), Sébastien provokes Danny into a bout that is the movie’s climactic sequence. In La Ligne brisée, the ring is an arena for working out shame, rage, and various levels of male rivalry, including sexual.

Although Quebec’s industry is continually buffeted by waves of high drama, Christal Films’ revelation that it’s looking for a partner with enough cash to nurse the ailing firm back to financial health came as a shock. Christal, driven by its ambitious president Christian Larouche, produced and distributed both Quebec’s biggest 2007 hit, Les Trois P’Tits Cochons, and the successful teen comedy, A vos marques…Party! Larouche’s woes include being sued by Technicolor over money the postproduction operation claims is owing.

Just a few months ago, the SGF shelled out $100 million for a big share of Alliance, insisting that the company’s head office set up in Montreal, where the company originated. Once ruler of the Canadian distribution scene, Alliance is now up against two new potentially beefy operations: Entertainment One, which snapped up Montreal distributor Seville Pictures, and Maximum Films, the latest brainchild from Robert Lantos, Alliance’s co-founder.

As for Quebec’s TV world, its ailing “black sheep,” broadcaster Télévision Quatre-Saisons, will be brought in from the cold by Montreal distribution and production company, Remstar. Founded about 10 years ago by brothers Julien and Maxime Rémillard, 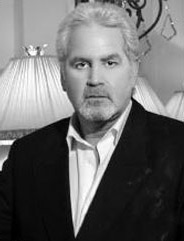 Remstar was bankrolled by their father, “waste management” kingpin Lucien Remillard (pictured at right). As producers, the Rémillards have come up with international co-ventures like Head in the Clouds and Battle in Seattle, (both starring Charlize Theron) and Québécois titles like Ma Fille Mon Ange. Now they’re expanding into the television business.

The Remillards once told me that they didn’t read a lot of how-to books, or attend seminars about the industry. They jump in and learned about how things work by doing them. The Remillards want to update TQS, nudging it away from what they call “traditional broadcasting,” and find a way to make it work in the YouTube era.

The smart and tasty Festival International du Film sur l’Art, run by founder René Rozon for 26 years, screened a mind-boggling program of 300 films from 30 countries over a span of ten days in March. 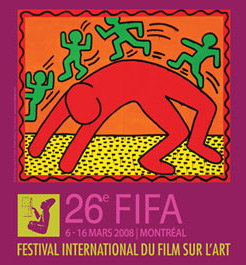 their houses. A competitive event, FIFA’s Grand Prize went to Netherlands moviemaker Jeroen Berkvens’ The Father, the Son and, the Talent, a doc about a jazz guitarist whose drug addiction has endangered gifts that have been compared to the legendary Django Reinhardt’s.

Among the numerous films about moviemakers, including Roman Polanski and British provocateur Ken Russell, Josée Dayan’s Jeanne M – côté cour, côté cœur, tells the story of screen icon, Jeanne Moreau. Viewers at the screening were delighted by the surprise appearance of the living legend, physically but not spiritually a long way from the bohemian goddess she incarnated in François Truffaut’s Jules et Jim (1962), the late moviemaker’s celebration and lament for total romantic freedom.

Moving From the sublime to the ridiculous, Montreal’s last X-rated theatre, the Cinéma L’Amour was the setting for the bestowal of the annual Aurore awards. Named for La Petite Aurore l’enfant martyre, which the organizers consider one of best worst films ever, the prizes honour the inept and the annoying.

For instance, the Aurore for the film that’s been “talked about too much” went to Denys Arcand’s L’âge des tenebres. Sylvie Léonard in the same picture took the Liquid Paper Prize for the Female Performance that will Disappear from Her C.V. This year, the jury wanted to honour  “an actress who’s been overly recognized in the role of a neurotic forty-something or fifty-something careerist.”