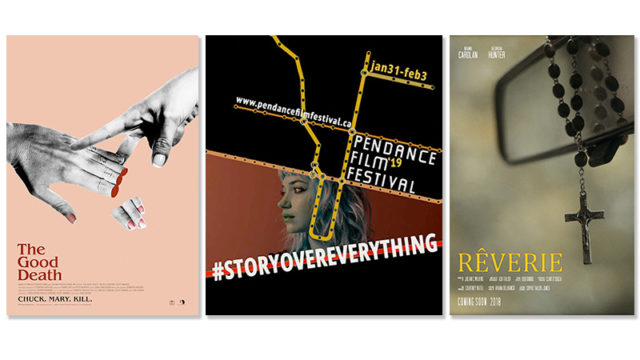 3 Canadian Shorts at Pendance
by Staff


(January 23, 2019- Toronto, ON) When the 2nd annual Pendance Film Festival opens on January 31st, the vision of its founders will be clear to all who attend. The evidence will be on the screen. Created by the people behind the Toronto studio Pensare Films, their goal was, and remains, to find films that match their dictate of ‘story over everything.’

Inspired by a few festivals, including Sundance, Slamdance, SXSW, and Austin, co-founders Robert Misovic and Andjelika Javorina felt Toronto needed a global film festival that didn’t feel like or try to look like TIFF. Adopting the best aspects of their U.S. models, they set out to ensure that Pendance would offer a level, open-mindedness and support for emerging talent combined with a programming philosophy that in its short form told them to “avoid being boring, and to keep quality absurdly high.”

Did it work? If success can be measured in part by how much money a fledgling film festival lost…their first festival in December 2017 broke even! They were able to attract a steady audience hungry for quality and looking for great cinematic storytelling. If another measure is seeing where else some of the films you have selected will screen, the 2019 edition of Pendance has two films which are having their world premieres at Slamdance 2019. They hope in the future that they’ll be able to program a few films from Sundance and Slamdance every winter.

There are 49 films on this year’s schedule, and if you like seeing films before anyone else, 37 of them are Canadian premieres, a few are Ontario premieres and a few North American premieres. There are three Canadian shorts at Pendance and there are links to those films below.

There is more to this festival than films. Acclaimed Canadian director Mark Raso (Kodachrome, Copenhagen) will be a workshop leader for MFA and advanced film school students on directing through Pendance Workshops, an initiative meant to foster growth through deeper understanding among Canada’s top young filmmakers.

There is more information and the full list of films at Pendance 2019 online. Click here for a link to Pendance and other late-January and February film festivals.

While we are still adding some of the actors to our database, learn more about the cast and crew of these Canadian short films screening at Pendance: