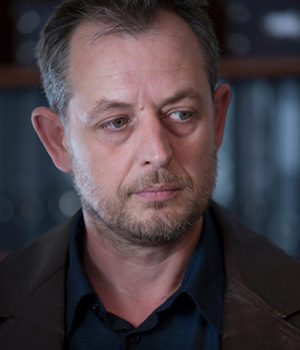 (August 27, 2015 – Montréal, Québec} The Montreal World Film Festival launches its 39th season tonight and as in past years, there is controversy around its choice for opening film. Living up to its name, this festival truly is international, a fact reflected in its selections year after year. This year organizers have selected the Iranian film Muhammad: The Messenger of God to launch the 12 day festival. There are actually levels of controversy surrounding this film. First off, it`s from Iran. As film writer Matt Hays pointed out in his Globe and Mail article, the country might be a dictatorship, but it is also home to “one of the most fascinating contemporary national cinemas.” The 171-minute feature focuses on the early life of the Islamic prophet, which brings up a much higher level of concern since many Muslims believe vehemently that any depiction of Mohammed is blasphemous. Which, quite frankly, is why we have chosen an image for another film, The Petrov File, to front this article. This year the number of entries to the MWFF have surpassed past submissions. In fact, over 2000 feature and short films were screened by the selection committee, and that doesn’t take into account many other films viewed at foreign festivals. The number of countries represented by the festival`s international commitment has increased to 86. And, during the 39th edition of the Festival, there will be 36 World Premieres in the festival`s various competitions. Following is a list of 26 features that are competing for the Grand Prize of the Americas: 2 Nights Till Morning by Mikko Kuparinen (Finland-Lithuania) 84 mins A Havana Moment by Guillermo Ivàn Duenas (USA – Cuba – Mexico – Colombia) A Matter of Courage byRoberto Gervitz (Brazil – Uruguay) 90 mins Chucks by Sabine Hiebler, Gerhard Ertl (Austria) 93 mins Demimonde by Attila Szàsz (Hungary) 88 mins Gassoh by Tatsuo Kobayashi (Japan) 87 mins Getaway of Love by Tonino Zangardi (Italy) 90 mins Grey and Black byLuís Filipe Rocha (Portugal – Brazil) Happy 140 by Gracia Querejeta (Spain) 98 mins John Hron by Jon Pettersson (Sweden) 127 mins Mad Love by Philippe Ramos (France) 96 mins My Enemies by Stéphane Géhami (Canada) 106 mins On the Road to Berlin by Sergei Popov (Russia) 82 mins Outliving Emily by Eric Weber (USA) 88 mins Rider Jack by This Lüscher (Switzerland) 90 mins Secret by Selim Evci (Turkey) 102 mins Seven Days by Xing Jian (China) 73 mins Summer Solstice by Michal Rogalski (Poland – Germany) 95 mins Taboo by Khosro Masoumi (Iran) 108 mins The Invisible Artery by Pere Vilà Barcelo (Spain) 119 mins The Midnight Orchestra by Jérôme Cohen Olivar (Morocco) 114 mins The Petrov File by Georgi Balabanov (Bulgaria – Germany) 90 mins The Soul of a Spy by Vladimir Bortko (Russia) 110 mins The Visitor by Mehmet Erylimaz (Turkey) 127 mins Thanks to co-productions, there are actually 31 countries represented in these 26 films and there is one Canadian film in the list. Click here for a link to more information about the 39th annual Montreal World Film Festival which runs until September 7th.