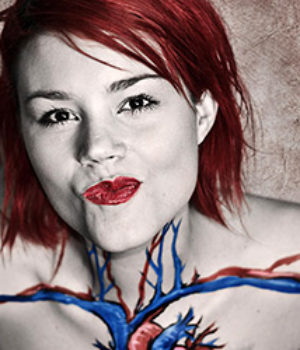 (April 22, 2015 – Toronto, ON) Meet Eva Markvoort, a vivacious and charismatic 23 year old woman. She is also faced with an unknown fate and is the subject of this documentary directed by Philip Lyall and Nimisha Mukerji who also produced along with John Ritchie of Force Four Entertainment, Vancouver, in association with CBC News Network.

Uncensored, uninhibited, and with an unbreakable spirit, 65_RedRoses explores Eva`s lifelong struggle with cystic fibrosis — a fatal genetic disease affecting the lungs and digestive system — has reached a crisis point. She needs a double lung transplant as soon as possible or she will die.

Redefining the traditional scope of documentary film in an electronic age, 65_RedRoses leaves viewers with a new appreciation of life and the digital world. This personal and touching journey takes an unflinching look into the lives of Eva and her two online friends who are all battling cystic fibrosis (CF). 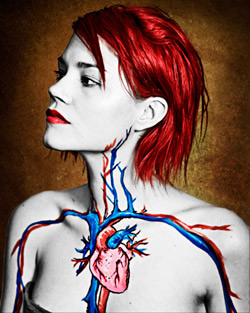 Unable to meet in person because of the spread of infections and super bugs, the girls have become each other’s lifelines through the Internet, providing unconditional love, support and understanding long after visiting hours are over. Now at a critical turning point in their lives, the film travels the distance the friends cannot go themselves, capturing the compelling and often heartbreaking realities they face, just trying to take each breath.

The film is filled with extraordinary moments of human drama. Eva’s father uneasily confesses that he has hoped for a traffic accident that would result in new lungs for his daughter. Eva’s rebellious friend Meg admits to smoking pot despite the weakness of her lungs. And the camera is rolling at the exact moment when Eva’s pager goes off – and it keeps rolling for over 24 hours straight as Eva rushes to Vancouver General Hospital.

National Organ and Tissue Awareness Week continues until April 25, and May is Cystic Fibrosis Awareness Month. This documentary is also a tribute to the Eva, her online friends Kina and Meg, and the ongoing 65 Red Roses campaign to raise awareness about organ donations and cystic fibrosis.

65_RedRoses will be broadcast this Sunday, April 26 at 8:00PM Eastern on CBC News Network. It will repeat on Saturday May 2nd at 10PM.