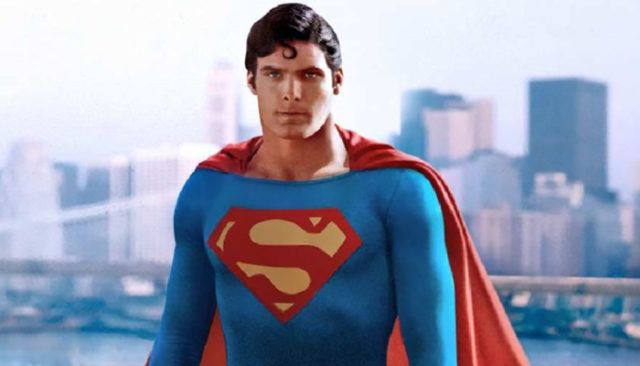 (December 3, 2018 – Toronto, ON) I’ve always thought Superman would have been better off as a Mountie. His Boy Scout demeanor and humble heroism always came off more Canadian to me than the rough-and-tumble-ism implied by his fight for “truth, justice and the American Way.”

So, on the occasion of the 40th anniversary* of the release of the Christopher Reeve Superman movie, it’s worth noting all the maple syrup that does run in Kal-El’s Kryptonian blood.

“Obviously, the Alberta landscape does mean a lot to me every time I see those movies,” says Calgary-native Cameron Maitland, the erstwhile filmmaker and film-writer who is the in-house expert for the Hollywood Suite cable channels (where Superman is airing this month as part of a free preview December).

“Superman was a big deal to Alberta filmmaking. It and (Terrence Malick’s) Days of Heaven happened there in the same year.” And Superman producers Ilya and Alexander Salkind were ahead of the curve in utilizing Canadian tax breaks and locations to their fullest. More on that later.

But the Canadian content in Superman begins at the beginning, with Joe Shuster (cousin of Wayne & Shuster’s Frank and uncle/cousin-once-removed to original Saturday Night Live writer Rosie). Joe moved to Cleveland in his teens, but already had images in his head of the character and environment that he would co-create with Jerry Siegel for Action Comics #1 in June, 1938 (a Superman 80th anniversary to go with the 40th).

“There’s always the argument over how much Metropolis is based on Toronto,” Maitland says. “Some folks claim you can see the Toronto skyline in the old original comics. I see what people are saying and I choose to believe it, because I don’t know anything about 1930s Cleveland, which is the other argument.”

To be fair, both Toronto and Cleveland back then had skylines dominated by the muscular late 19th and early 20th Century “Chicago School” of skyscraper design. “I think the consensus is, it’s a big mix of both. But the building everyone says they can see in those first few issues is the Royal York Hotel.

“Shuster did say that when he was a very young kid, the skyline in Toronto inspired him.”

And then, of course, there was reporter Clark Kent’s place of employment, which started out as the Daily Star, and later became the Daily Planet. “That part, you can 100% attribute to Toronto, just by the fact that Cleveland never had a paper called the Daily Star and Toronto did,” Maitland says.

Flash ahead 40 years, and Metropolis would be Calgary, Lois Lane would be a hard-nosed, hard-smoking reporter played by Yellowknife-born Margot Kidder, and Jonathan Kent, the kindly old Kansas farmer who raised the alien boy whose capsule crashed in his field, would be played by Glenn Ford, a native of Sainte-Christine-d’Auvergne, Quebec. 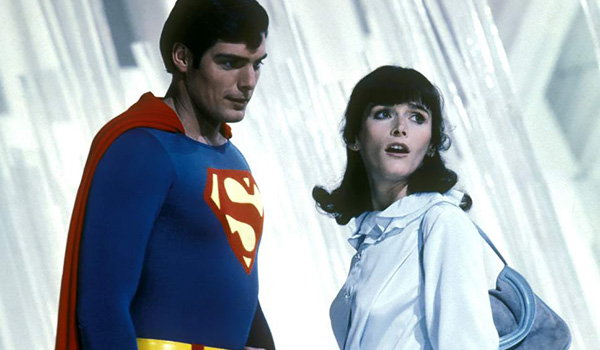 “Of course, it was very much the Salkinds knowing where to get the best tax credits. They were canny businessmen. By Superman 3, pretty much everything was filmed in Canada. Metropolis is Calgary for the most part. In fact, anything that’s not the Arizona Canyon stuff is essentially Calgary and High River, Alberta.”

Superman’s Canadian connection doesn’t end with the Christopher Reeve movies. Writer/artist John Byrne, an alumnus of the Alberta College of Art & Design in Calgary, rebooted Superman for DC Comics in an incarnation clearly influenced by the movies.

“When I read his Superman I immediately realized he’d watched the movies,” Maitland says. “He made the character more contemporaneous and relatable.”

And perhaps the most Canadian of all was Smallville, which shot in B.C. for 10 seasons, and – beyond Tom Welling as Clark and Michael Rosenbaum as Lex Luthor – had a plethora of Canadians in key roles, including Kristen Kreuk as Lana Lang, Erica Durance as Lois Lane, Laura Vandervoort as Kara Zor-el (yes, Supergirl) and Aaron Ashmore (twin brother of X-Men’s Shawn Ashmore) as Jimmy Olsen.

But all roads still lead back to Christopher Reeve. By essentially filming both Superman and Superman 2 together, the Salkinds invented a new kind of blockbuster. “The fact that they filmed those two back to back, that seems like standard practice now,” Maitland says. “They cut it into two movies, but they did not pay people for two movies, so it restructured how you had to contract and pay people for massive franchises. They invented the thing that says, ‘Not only am I signing on, I’m signing on to be Superman for up to 10 years.’

“And what I like about the movie most is I don’t think anyone’s really nailed Superman since. I don’t mind Man of Steel (with Henry Cavill), but I think anybody who’s trying to be good is still channeling Christopher Reeve.”

*Superman premiered at the Uptown Theater in Washington, D.C. on December 10, 1978, with director Richard Donner and several cast members in attendance. Three days later, on December 13, it had a European Royal Charity Premiere at the Empire, Leicester Square in London in the presence of HM Queen Elizabeth II and Prince Andrew. It opened in general release on December 15, 1978.

It’s Only The End of the World in Oscar® Race