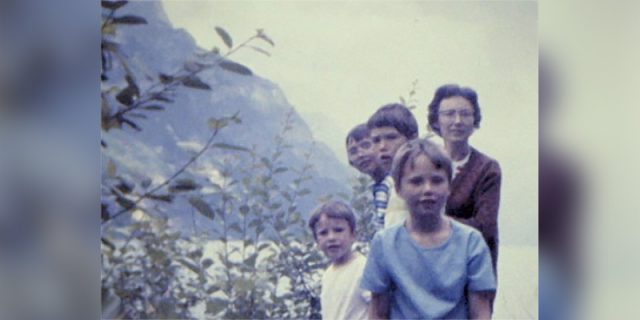 A Trip Down Memory Lane
by Ralph Lucas

(October 13, 2022 – Toronto, ON) There is a term used for certain films created to look like they were edited from some unknown original source. Dubbed “found footage” films, one of the first was Cannibal Holocaust in 1980, but the one most people remember is the 1999 feature The Blair Witch Project. Almost all found footage films fall somewhere in the broad horror category. In short, they are designed to scare you. 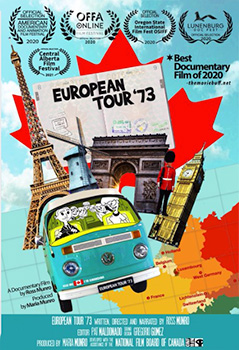 There is, of course, another more gentle sort of found footage. Depending on when you were born and when your parents were born, chances are somewhere in your home, their home or maybe in the attic at your grandparents, there are boxes and boxes of 8mm or Super8 film just waiting to be discovered.

Winnipeg-born filmmaker Ross Munro is probably best known for his 2000 feature film Brewster McGee, one of only two features he’s made. Most of his work is in short films and his most recent, European Tour ’73 relies extensively on old home movies and his sense of humour.

The title says it all. Almost 50 years ago, his mom and dad decided to take young Ross and his four young siblings on a trip through parts of Europe. After arriving in London, the 7 of them set off in a classic Volkswagen Camper Van. Their budget: $5.00 a day.

Running a little over 15-minutes, this short uses the home movies found footage, some stock film and some clever animation. Munro narrates the the film and the story, like the trip being recalled, ranges from joyous to funny to a few particularly poignant scenes.

As publisher I have to admit that we don’t pay enough attention to short films. I have often written that one of the great things about short films is, if you don’t like what you’re watching, it’s usually over fairly quickly. It screened once last night at the TIFF Bell Lightbox, but if you have a chance to see it in the future, give European Tour ’73 a shot.