Home News A71 in The Waiting Room 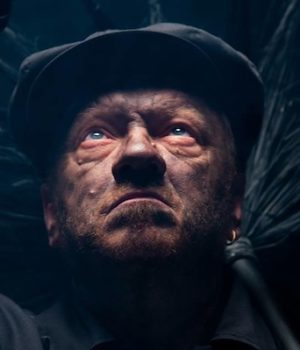 (September 10, 2015 – Toronto ON) On the eve of its North American Premiere at the 40th annual Toronto International Film Festival, Toronto-based A71 Entertainment has picked up Canadian rights to The Waiting Room, director Igor Drljaca’s sophomore feature.

The film recently had its World debut at the 69th Locarno International Film Festival, in Switzerland, to critical acclaim. Drljaca’s first feature, Krivina, premiered at TIFF in 2012, also to a great reception.

TimeLapse Pictures, owned by Drljaca and producing partner Albert Shin, have also come off a very successful run with their film In Her Place (directed by Shin), which garnered a number of awards internationally and seven Canadian Screen Award nominations. That film was distributed by A71 Entertainment, and sold internationally by Elle Driver.

The Waiting Room is a production of TimeLapse Pictures (Shin and Drljaca) and Gearshift Films (Borga Dorter and Jordan Barker) and YN Films (Munire Armstrong).

“We are very pleased to be working with Igor and Albert again, continuing to build our relationship with TimeLapse Pictures, and excited for our first collaboration with Gearshift and YN Films,” said Chad Maker, President, A71 Entertainment. “The guys continue to create profound and strong narrative films, and we look forward to taking The Waiting Room out to audiences.”

The film combines fiction with biographical elements, and is partially inspired by the lead actor`s (Jasmin Geljo) life. The Waiting Room is the story of “Jasmin”, once a successful actor in former Yugoslavia, he now lives in Toronto with his second wife and young son. While juggling a construction job and a busy audition schedule, he dreams of re-launching an old televised stage show that made him famous in his homeland.

“We are excited to be working again with A71 who has been supporting new voices in Canadian Cinema,” said Director Igor Drljaca (pictured). “We really look forward to making the film available to audiences across the country.”