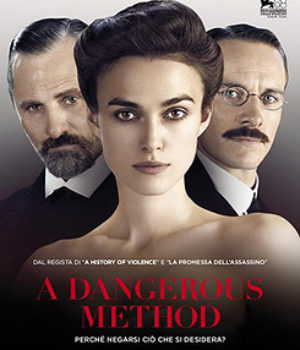 What, no exploding heads? No medical instruments as designed by the Marquis de Sade? No talking Mugwumps? Or human flies? Can this really be a David Cronenberg film? Such is A Dangerous Method, because the Baron of Blood has come a very long way since Shivers and Rabid. More Masterpiece Theatre than visceral horror, his latest is a thoughtful, literate and downright staid movie in the best Merchant-Ivory tradition.

The film opens in 1904 with the arrival at Carl Jung’s (Michael Fassbender) hospital outside of Zurich, Switzerland, on the shores of beautiful Lake Zurich, of Sabina Spielrein (Keira Knightley), hysterical and desperate. Jung is apparently her last resort. Using Sigmund Freud’s revolutionary but untested theories and methods – “the talking cure” – Jung has success in calming her. Spielrein’s quite severe problems emerge: beatings by her father lead to sexual arousal, making her feel “there is no help for me, I am vile and filthy and corrupt.” But also 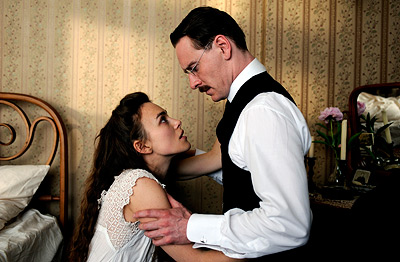 coming into focus is the woman’s intelligence, insight and desire to be a physician, even a psychiatrist in her own right. She eventually comes to assist Jung in his work and later, briefly, becomes his lover.

At the time, Jung knew the 20-years-older Freud only by his writings, but not long after, he travels to Vienna to meet the great man himself. Their conversations – historically, the first lasted 13 hours – in the film are a model of clarity and sanity. Intelligent conversation about the interplay of erotic and destructive urges takes place over family dinners and cups of tea in fine bone china. The screenplay is by Christopher Hampton, based on his own play, The Talking Cure, and the book A Most Dangerous Method by John Kerr. The confident and un-intrusive directing style of Cronenberg is essential in making this kind of intellectually stimulating cinema look easy, but the critical component in the film’s success is Hampton’s dense, well-written script.

Though A Dangerous Method’s conventional surface sheen makes it not the normal kind of film for Cronenberg – whose adaptation credits include M. Butterfly, based on David Henry Hwang’s play, Naked Lunch, based on the William S. Burroughs novel, and J.G. Ballard’s Crash – the film’s fascination with the creative and destructive force of sexuality makes the subject matter a good fit for him thematically. And it represents a big growth spurt for Cronenberg. He’s simply getting better as he gets older.

Of all of his films – this makes 17 features in a career spanning 40 years – A Dangerous Methodis closest to Dead Ringers, if only because both embrace the dramatic dualities within humans, especially when they brush up against the primal subjects of sex and death. Yet, it would help to know something about Jung and Freud, or at 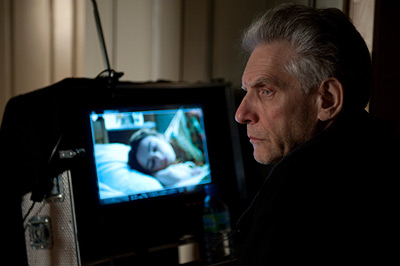 least be curious to learn, before seeing the film. They have a famous falling out, not just over Jung’s extramarital affair with Sabina but their conflicting views of the emerging science of psychoanalysis, which would eventually take them down different paths.

The central performances are uniformly strong if restrained, although there have been some complaints about Knightley’s over-the-top early scenes where she appears to be acting the part of a raving maniac instead of inhabiting it, but that soon passes. Cronenberg’s direction is at one with the Hampton’s diamond-hard script; cinematographer Peter Suschitzky provides his usual lush visuals of a pristine purity augmented by the immaculate fin de l’epoch settings (oddly, Suschitzky was not nominated at this year’s Genies); sister Denise’s costume work is impeccable as always, while Ronald Sander’s editing has a bracing sharpness than can only be compared to Kubrick’s.

Also see: The Cast & Crew of A Dangerous Method.

Wyndham Wise is the former publisher and editor-in-chief of Take One: Film in Canada. Currently, he is a contributing editor with Northernstars.ca and consultant with The Canadian Encyclopedia online. Visit wyndhamsfilmguide.ca.