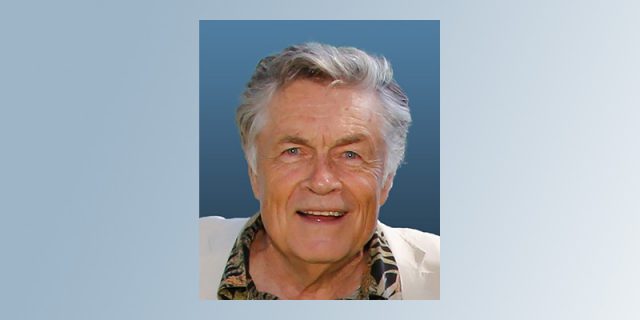 (December 16, 2021 – Toronto) Art Hindle, an actor described by his colleagues as Canadian film royalty, will be presented with ACTRA Toronto’s 2022 Award of Excellence at the 20th anniversary of the ACTRA Awards in Toronto in an online ceremony to be streamed at 8 p.m. on March 6, 2022.

Hindle started out in the film and TV business in 1968 after a successful but brief career as a stockbroker. He credits Method acting coach Eli Rill with teaching him his craft. Hindle shot to instant stardom playing the hockey player Billy Duke in Face-Off (also released as Winter Comes Early). Moving to Los Angeles, he landed roles in Invasion of the Body Snatchers, Starsky and Hutch, and Law and Order, among many other film and TV titles. He was a regular on Kingston Confidential and Dallas. Back in Canada, he was in the iconic Canadian film Porky’s and won a Gemini for the role of Mike Fennell on the award-winning series ENG as well as beginning his career as a director. He starred as Peter Braga on Paradise Falls for three seasons and directed a number of episodes. He continues to be in demand and has won awards in recent years for his performances in The Big Fat Stone (2014) and Robbery (2018). He voiced Mr. Sherman on the animated children’s series DOT. His guest spots on both sides of the border are legion.

“In my almost 54 years as an actor, I have received awards and compliments, but nothing surpasses being recognized by one’s peers for what has evolved into a career,” said Hindle. “Joining the list of past winners of the Award of Excellence is an incredible honour and one I never expected. Thank you, ACTRA Toronto!”

For 16 years, Mr. Hindle has volunteered his time and celebrity to ACTRA. He has been on ACTRA Toronto Council, ACTRA National Council and was for 10 years a V.P. on ACTRA Toronto’s Executive. He has volunteered for ACTRA Toronto’s Editorial Committee and never missed marching in the Labour Day parade, encouraging new councillors to “Just show up.” He encouraged other Canadian stars to run for Council. He was a favourite with politicians when he lobbied with ACTRA for better protections, consistent tax credits and more work opportunities for performers. For years he has played in the AFC’s fundraising golf tournament, a charity providing support to entertainment professionals. Over the years, as many emerging filmmakers wanted Hindle in their first films, he organized countless new producers to “Go ACTRA.” In addition to his star power, his ACTRA council colleagues unanimously praised his humility and generosity.

“Art Hindle is a rare individual,” said ACTRA Toronto President David Gale. “Not only is he a consummate actor and director with credits longer than both arms, he’s also a mentor and an activist. Over the years, he has taken countless up-and-coming performers and directors under his wing and guided their careers. And I’ve seen Art many times use his star power and march, flag in hand, fighting for the rights of his ACTRA siblings.”

ACTRA Toronto’s Award of Excellence recognizes a distinguished ACTRA Toronto performer whose outstanding career achievements as a performer are matched by a significant volunteer contribution to the industry and ongoing work of ACTRA Toronto to improve the lives of its members.

ACTRA Toronto is the largest organization within ACTRA, representing over 15,000 of Canada’s 27,000 professional performers working in recorded media in Canada. An advocate for Canadian culture since 1943, ACTRA is a member-driven union that continues to secure rights and respect for the work of professional performers