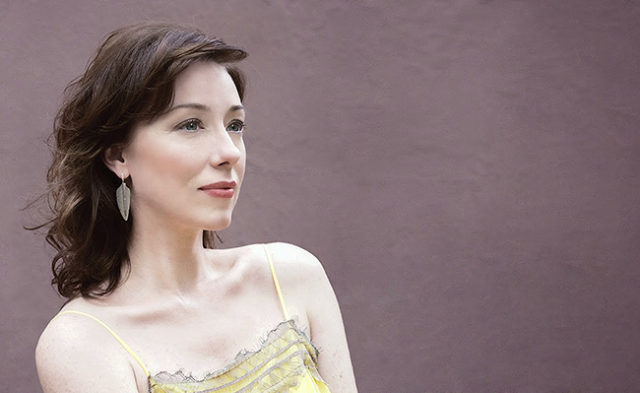 (November 15, 2017 – Toronto, ON) Canadian performers will honour British Columbia-born actor Molly Parker with the 2018 ACTRA National Award of Excellence on Saturday, January 27, 2018, at the Beverly Hilton in Los Angeles. The award recognizes an ACTRA member’s career achievements, and contribution to their fellow performers and Canada’s entertainment industry.

“Molly Parker is a deeply-gifted actor known for her challenging and diverse roles,” said ACTRA National President David Sparrow. “From her roles on hit TV shows to her work on indie features and award-winning films, Molly’s work is passionate and detailed.”

“I am honoured to receive this award from ACTRA in recognition of my work as a performer and member of our industry,” said Ms. Parker. “I cannot imagine doing this work without the support of our union. Our collective agreements make it possible to set boundaries in what is a gooey business, and I am particularly grateful for the work ACTRA does to protect our child actors. ACTRA empowers actors!”

Molly Parker is an award-winning actor known for her many roles in both TV and film. South of the border, she appeared as House Majority Whip Jackie Sharp in the Netflix series House of Cards (pictured above), for which she received an Outstanding Guest Actress Emmy nomination in 2016, and as Alma Garrett in the HBO series Deadwood. Parker’s acting talents have been recognized in Canada and the U.S. with multiple award wins and nominations for her performances: the Canadian indie feature Kissed (1997 Best Lead Actress Genie

ACTRA (Alliance of Canadian Cinema, Television and Radio Artists) is the national union of professional performers working in the English-language recorded media in Canada, representing the interests of 23,000 members across the country. Next year ACTRA will mark its 75th anniversary.

Snowtime 1 of 27 in Early Oscar® Race