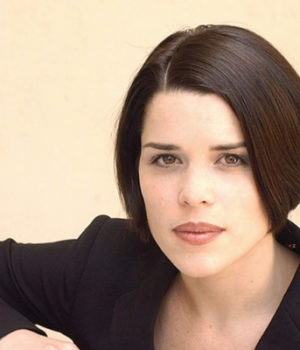 (December 17, 2015 – Toronto, ON) – Canadian performers will honour Neve Campbell with the 2016 ACTRA National Award of Excellence on Sunday, January 31, 2016, at the Beverly Hilton in Los Angeles. The Award recognizes an ACTRA member’s career achievements, and contribution to their fellow performers and Canada’s entertainment industry.

“Neve Campbell’s disciplined approach to the arts began at age nine with her training at the National Ballet School of Canada. Her versatility as a performer has since captured audiences across multiple platforms – the small screen, the big screen and on stage,” said ACTRA National President Ferne Downey. “From her start as the youngest cast member in the Toronto production of The Phantom of the Opera, to her transition to television in Canada’s Catwalk series, to her breakout in the U.S. as a lead in Party of Five and success on the big screen, Neve continually cultivates a clear and honest respect for our craft.”

Neve Campbell is a seasoned actor who is well-known to audiences for her major motion picture and television series work. After her stage debut in Andrew Lloyd Webber’s Phantom of the Opera in 1988, she went on to become a household name for her work in the critically-acclaimed Golden Globe-winning television series Party of Five and the the Scream series of movies — one of the highest-grossing horror film franchises of all time. Other credits include The Craft; The Canterville Ghost; Three to Tango; Drowning Mona; Panic; and Wild Things for which she received a MTV Movie Award nomination. Campbell also co-wrote, produced and starred in the 2003 film, The Company. Her recent work includes the film Walter, co-starring Virginia Madsen and William H. Macy, and a guest-starring role in WGN’s Manhattan. She recently joined the cast of the Netflix series, House of Cards.

ACTRA (Alliance of Canadian Cinema, Television and Radio Artists) is the national union of professional performers working in the English-language recorded media in Canada. ACTRA represents the interests of 22,000 members across the country – the foundation of Canada’s highly-acclaimed professional performing community.