(March 6, 2018 – Toronto, ON) ACTRA has announced the name of their National Woman of the Year for 2018. Dr. Rita Shelton Deverell, best known as a television broadcaster and social activist and a recipient of the Order of Canada, was born in Texas but moved to Canada in 1967. She began her television career in 1972 as the producer of a children’s television program and two years later joined CBC Television as a journalist, including a stint with Take 30. She left in 1983 to become a journalism professor at the University of Regina, and in 1988 she left there to become one of the founders of Vision TV. She also served as News Director for the Aboriginal Peoples Television Network (APTN) from 2002 to 2005.

“In addition to being a gifted artist, Rita is a trailblazer and role model who continues to inspire,” said ACTRA National President David Sparrow. “From her instructive performances to her pioneering work as a broadcaster, Rita has also shown a passion for social justice through her work on industry boards and councils in Canada. We’re proud to add ACTRA’s name to the list of the many organizations that have already recognized Rita for her outstanding contributions to her community and industry.”

An ACTRA member since 1974, Deverell coordinated ACTRA’s earliest study on diversity, Equal Opportunities to Perform, in 1987, and served on the ACTRA Saskatchewan Branch Council and the National Executive in the 1970s and ‘80s.

“It is a totally energizing surprise to have this wonderful honour from my fellow Canadian media artists drop out of the sky, said Rita Shelton Deverell upon being named ACTRA Woman of the Year. “International Women’s Day marks a great moment for me, like ACTRA, to keep on keeping on, with relevant and delightful art, social justice, and equity for the under-represented.”

Deverell has been named to the Maclean’s Honour Roll of Outstanding Canadians and to the Canadian Association of Broadcasters Hall of Fame. She has also been a board member of Obsidian Theatre Company, a Toronto company which specializes in Black Canadian drama. She is a two-time Gemini award-winner and has received numerous other awards in recognition of her work and career achievements, including Women in Film & Television – Toronto’s (WIFT-T) Crystal Award in 1995 and the Black Women’s Civic Engagement Network Leadership Award in 2010. She has served on the boards of the Ontario Media Development Corporation, OCAD University, WIFT-T and Women in the Director’s Chair. She is also an active volunteer with both the Canadian Senior Artists Research Network and MediaSmarts and is a Trustee of the Royal Ontario Museum. Her Order of Canada was given in 2005.

ACTRA (Alliance of Canadian Cinema, Television and Radio Artists) is the national union of professional performers working in the English-language recorded media in Canada. ACTRA represents the interests of over 23,000 members across the country – the foundation of Canada’s highly acclaimed professional performing community. 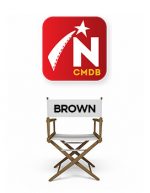