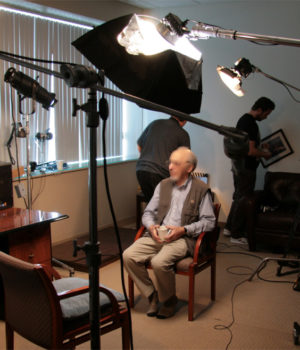 (March 9, 2017 – Toronto, ON) Don’t misread the headline. This isn’t about a union of unions, but of a working partnership between the most powerful performers unions in North America. This new initiative represents an expansion of a strategic alliance which includes the development of a joint plan to address non-union production in North America. Under the banner of #WorkingTogether, the two unions will pool resources to promote the value of union work to employers and engagers while increasing work opportunities for members. SAG-AFTRA represents approximately 160,000 members across many different performance disciplines, while ACTRA (Alliance of Canadian Cinema, Television and Radio Artists) represents the interests of 23,000 members across Canada.

“As our industry changes and grows we see new opportunities for unions to organize and grow,” said ACTRA National President Ferne Downey (pictured). “More than 90% of film and television produced in North America is under a union agreement, but a growing number of commercials are shooting non-union. That lowers working standards for performers across North America.”

“Professional performers bring immense value to a production and it is crucial that they have strong union contracts protecting them,” said SAG-AFTRA President Gabrielle Carteris. “Globalization and technology change are issues affecting performers across North America. As the entertainment and media industry grows beyond traditional structures it is imperative that we respond.”

The initiative calls for cooperation between the two performer unions in ensuring employers live up to their commitment to produce only under a union agreement. Initial activities will include North American wide outreach, research and communications efforts to attract new signatory agencies by demonstrating the value of producing with union performers.

“Performers won’t tolerate a race to the bottom. Signatory agencies may have produced some of their commercials non-union in the recent past. ACTRA and SAG-AFTRA will work closely with signatory agencies to ensure all their future commercial production is under the appropriate union agreement,” said Downey.