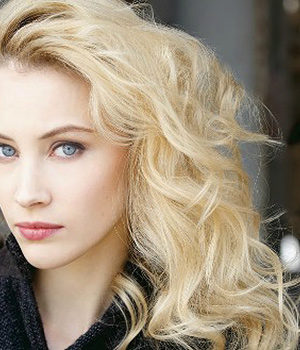 (November 9, 2015 – Toronto, ON) – ACTRA Toronto has announced that Sarah Gadon will be the recipient of their 2016 Award of Excellence.

Sarah Gadon has been a working actor since the age of 10. She is best known for appearing in three of David Cronenberg’s films, breaking out with A Dangerous Method, winning a Vancouver Film Critics Award for Cosmopolis and appearing in Map to the Stars. She won a Canadian Screen Award for her performance in Denis Villeneuve’s Enemy. She has appeared on several Canadian TV series, as well as appearing in Hollywood blockbusters such as Dracula Untold and The Amazing Spiderman 2. Gadon also works frequently as a voice performer, notably playing the title role in Ruby Gloom. Earlier this year she co-starred alongside Logan Lerman in James Schamus’ highly anticipated directorial debut, Indignation. She is currently in production on a Stephen King mini-series called 11/22/63.

Gadon is a student of cinema studies (Dean’s List) at University of Toronto. She directed an episode of the documentary series Reelside for TMN about the construction of female identity, featuring friend and long-time collaborator, Caitlin Cronenberg.

“Sarah Gadon is amazing,” said ACTRA Toronto President David Sparrow. “She has built up a significant body of film, TV and animation work in her multi-faceted performing career. As an advocate, she has demonstrated her keen grasp of the larger issues facing our industry speaking at the Heritage Committee hearings on feature film and as a member of the ACTRA bargaining team during Independent Production Agreement negotiations. She personifies the leadership qualities many young performers are displaying in our union.”

“I’m a proud Canadian actor and passionate about film and television in this country,” said Sarah Gadon. “I’m honoured and humbled to be acknowledged by my peers at ACTRA.”

The ACTRA Awards in Toronto celebrate accomplishment and excellence in our industry. Three juried awards for outstanding male, female and voice performance will be presented in addition to the Award of Excellence and the ACTRA Toronto Stunt Award. The 14th Annual ACTRA Awards in Toronto gala takes place on Saturday, February 20, 2016, at The Carlu.

ACTRA Toronto is the largest organization within ACTRA, representing more than 15,000 of Canada’s 22,000 professional performers working in the English-language recorded media in Canada. As an advocate for Canadian culture since 1943, ACTRA is a member-driven union that continues to secure rights and respect for the work of professional performers.