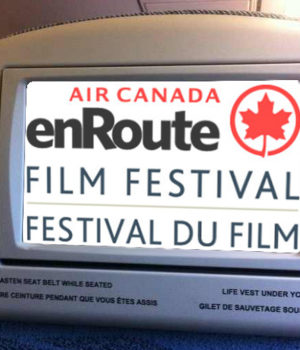 All Achievement Award winners will receive an all-inclusive trip for two to the 2016 Berlin International Film Festival in Germany, courtesy of Air Canada. The winner of Best Short Film will also receive a $5,000 cash prize courtesy of presenting sponsor, Cineplex.

A free public screening of the nominated short films will take place in Montreal on Monday, November 2 at the Phi Centre (407 Rue Saint Pierre) from 7:30pm to 9pm and in Toronto on Wednesday, November 4 at Cineplex Cinemas Yonge Dundas & VIP (10 Dundas Street East) from 7 to 9 p.m.

The jury that selected the finalists was led by Tatiana Maslany and also included (alphabetical order):

Voting for the Air Canada enRoute Film Festival People’s Choice Award runs until Saturday October 31 on enRoutefilm.com. The winner will be announced at the Wednesday, November 4 awards celebration and will win a trip for two to a destination of their choice within North America, courtesy of Air Canada.

Calgary Film Fest – By The Numbers