(June 26, 2017 – Toronto, ON) Our beloved Air Farce has been making Canadians laugh for more than 4 decades now and once again they’re standing on guard to help celebrate the 150th anniversary of Confederation, capturing all the patriotic spirit that’s possible in 60 funny, fast-paced, fly by the seat of your pants minutes in a CBC special titled, appropriately enough, Air Farce Canada 150. It’s their first-ever summer special, and for the first time in Air Farce history, the whole country will come together to watch at the exact same time — no delays and no time shifting. Air Farce Canada 150 premieres Saturday, July 1, 2017, at 8:00 PM ET/5:00 PM PT on CBC with an encore broadcast on Monday, July 3 at 8:00 PM (8:30 PM NT).

Air Farce Canada 150 embraces what it means to be Canadian, satirizing Canada’s past, present and future. Flashing back through history, the special focuses on the people and events that shaped our nation, including the Vikings landing in Newfoundland, the first hockey game, cottage life with Justin and Sophie Trudeau, and pop culture parodies like Canada: The Musical and an all-new take on the classic NFB animation Log Driver’s Waltz. 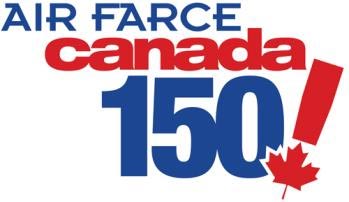 Emma Hunter (The Beaverton, Mr. D). Joining the troupe for the first time are Chris Wilson (from Vancouver’s award-winning sketch duo Peter n’ Chris, The Beaverton, What Would Sal Do, Meet the Family) and Toronto television and stage actress Isabel Kanaan (Haunted or Hoax).

Air Farce troupe members were the first Canadian inductees into the International Humour Hall of Fame in 1992 and were inducted into the Canadian Comedy Hall of Fame in 2001. They were the recipients of the Governor General’s Performing Arts Award in 1998 and received a star on Canada’s Walk of Fame in 2000. At the 2000 Gemini Awards, Air Farce received both the Earle Grey Award for its body of work in Canadian television, and the viewer-voted People’s Choice Award for favourite television program. Air Farce is produced by Don Ferguson Productions in association with CBC. The Air Farce Canada 150 special is directed by Rob Lindsay and Wayne Moss.