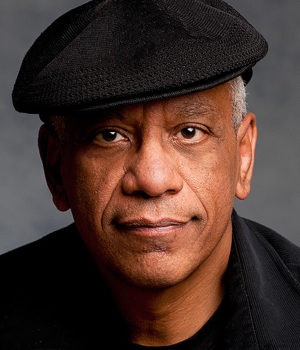 Philip Akin is a busy character and voice actor and theatre director who has been active for over 45 years on the Canadian stage and in film and television. He was born in 1950 in Kingston, Jamaica, and his parents moved to Oshawa, Ontario, in 1953. He and his brothers followed suit the next year. Shortly after attending high school, Akin studied at the Ryerson Institute of Technology (now Ryerson University) in Toronto. In 1975, he became the school’s first acting graduate, landing a role just a few days later in a Shaw Festival production of Bernard Shaw’s Caesar and Cleopatra.

His Canadian films include Three Card Monte (1978; his first screen credit), Running, Improper Channels, Airborne, Left Behind, Roger Spottiswoode’s Shake Hands with the Devil (as Kofi Annan, then U.N. Under-Secretary-General for Peacekeeping Operations) and This Beautiful City. He has had featured roles in big-budget U.S. movies such as 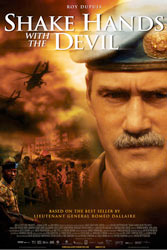 Iceman, Married to It, Fly Away Home, Pushing Tin, The Sum of All Fears, S.W.A.T. and Get Rich or Die Tryin’.

Akin first came to prominence in the early 1980s when he performed on the comedy series Bizarre (1980–85), which was shot in Toronto. Other recognizable roles include the computer expert Norton Drake in War of the Worlds, an American series that went off the air in 1990. He had a recurring role in Highlander: The Series and has be seen in a long list of guest appearances on series such as Night Heat, Traders, Goosebumps, F/X: The Series, Friends and Heroes and most recently Flashpoint. He has also done a lot of voice work, in such animated series as Swamp Thing, X-Men, Avengers and Monster Force, and has appeared in countless Canadian made-for-television movies.

In 2000, Akin was a founding member of Obsidian Theatre, Canada’s leading black theatre company, and has served as its Artistic Director since 2006. In this role, he has worked tirelessly to provide opportunities and guidance for emerging artists. In 2002, he was part of the team that launched the Obsidian Mentor/Apprentice Program, a one-of-a-kind program that has helped black artists embark on careers with some of the most established Canadian performing arts companies.

Known for work like the 2009 production of The Last days of Judas Iscariot (Birdland Theatre) and productions of Othello and Of Mice and Men (Stratford Festival). More recent credits include directing Trouble in Mind and Gatsby’s Jazz, Sonny’s Blues for the Shaw Festival in 2021. Past work at the Shaw include directing Of Marriage and Men, 1837: The Farmers’ Revolt, “Master Harold”…and the Boys, The Mountaintop, and Topdog/Underdog.

In late 2021 the Toronto-based opera company, Tapestry Opera announced the first half of the year’s shows for 2022. They have three productions slated for January-June: Gould’s Wall, Songbook XI, and R.U.R. A Torrent of Light Gould’s Wall, which ran in mid-January 2022, was directed by Philip Akin and featured The Glenn Gould School’s New Music Ensemble.

This biography was written for Northernstars and is Copyright © 2013 by Wyndham Wise and may not be reproduced without prior written permission. Click here for more about copyright. It was updated by Northernstars editors in 2022.