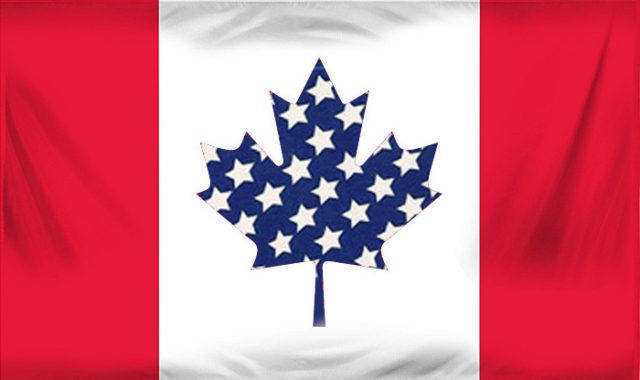 (May 28, 2018 – Toronto, ON) For some Americans, Canada has been a land of opportunity, with anonymity back home as the only downside. A travel writer friend based in Miami recently shared his fascination with me over the fact that Canadians know who all the Canadians are in American showbiz.

This would be an alien concept to Americans, since their fellow citizens have tended to become non-persons on leaving the country. I recall a party for Ronnie Hawkins’ 60th birthday where I ended up in the surreal company of the Hawk’s old friend Jerry Lee Lewis, pals from their rockabilly days in the ‘50s.

“We all never knew what happened to Ronnie,” The Killer said, swirling a tumbler full of cognac and pronouncing his name, “Ronnah.”
“It was like one day he was there, and the next he dropped off the face of the Earth or somethin’.” 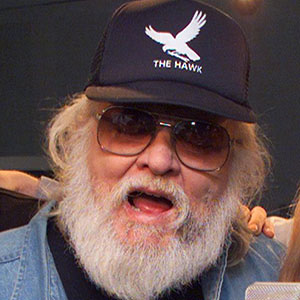 Of course, what Hawkins did was move to Toronto with a young fellow Arkansas musician named Levon Helm and effectively introduce homegrown rock ‘n’ roll to Canada. He and Levon gathered together a group of Canucks named Robertson, Danko, Manuel and Hudson and create the original Hawks, which became Bob Dylan’s most famous backup band The Band.

Lot of Americans know The Band, but few know the name Ronnie Hawkins anymore. His fame was restricted to Canada (where he remains a beloved figure), even after he played host to John Lennon and Yoko Ono at his farm when they were hiding from the press during their bed-in Canadian experience.

In fact, over the years, many of our favourite Canadians have actually been Americans. Two people who defined CBC children’s entertainment for a generation – Mr. Dressup (Ernie Coombs) and The Friendly Giant (Bob Homme) – were (from Maine and Wisconson respectively.

The late Maury Chaykin was the consummate Canadian actor to me, from countless TV series and movies – including his final act, the TV series Less Than Kind which was set in my hometown of Winnipeg. In fact, Chaykin was from Brooklyn.

Though he has a star on Canada’s Walk of Fame (and infamously mangled the Star Spangled Banner at a championship bout between Muhammad Ali and Sonny Liston), singer Robert Goulet was born in Massachusetts.

And before her Saturday Night Live debut, the late Gilda Radner shone in the Toronto production of Godspell and in the CBC rock opera Jack: A Flash Fantasy. So, most of us considered her as Canadian as fellow Not-Ready-For-Primetime-Player Dan Aykroyd.

The confusion with Gilda arises from her history with the Second City comedy troupe, which started in Chicago in the ‘60s and spun off in Toronto in the ‘70s. Casts tended to move between the two companies, with the result that Canada’s greatest contribution to comedy (sez me), SCTV, included two Americans – Andrea Martin from Maine and Joe Flaherty from Pittsburgh, Pa. (Martin’s sister, 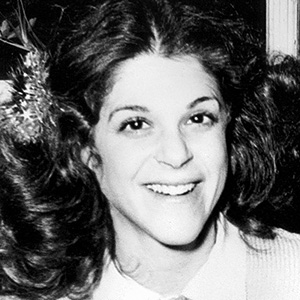 Marcia Martin, also moved to Toronto as an adult, where she became an influential TV programmer with City-TV and CHUM).

Had Canadian Lorne Michaels not started Saturday Night Live, or had SCTV remained a series only seen on Canadian TV (as it was during its first season), Radner, Martin and Flaherty might have been Americans who were famous only in Canada. Not that there’s anything wrong with that.

Times change, though. In recent years, some famous Americans have decided to call Canada home, with no harm to their visibility. George A. Romero (of Night Of The Living Dead fame) once filmed mainly on location in his Pittsburgh hometown. Then his marriage to a Canadian (and the lure of the loonie and tax breaks) saw him move to Toronto permanently, where he made his last few Living Dead movies before his death last year.

Guillermo del Toro’s shout-out to Toronto from the Oscar stage this year (where his The Shape Of Water won Best Picture and he won Best Director) reflected the fact that he spends half the year in Hogtown these days with various projects (including Pacific Rim and the TV series The Strain). He’s been tagged with the nickname “Guillermo del Toronto.”

And then there have been American-born Canadians-by-convenience, whose residencies here have been marked by controversy. Ving Rhames, whom I interviewed while he was filming yet another zombie movie in Toronto, Zack Snyder’s remake of Romero’s Dawn of The Dead, announced to me his plan to stay, partly as a response to the presidency of George W. Bush. “My son is a year and a half now, but when he’s 18 there could possibly be a draft. So my children, they’ll get dual citizenship.”

True to his word, in 2005 Rhames bought a house in the city’s posh Rosedale district, keeping an L.A. address for business reasons. His tenure as a Canadian came to an end, however, after a Canadian actor and family friend, Jacob Adams, died in initially unclear circumstances at his L.A. home (a coroner’s investigation cited a pre-existing condition, though there were non-fatal dog bites, apparently from Rhames’ pet mastiffs). Rhames soon severed ties with Canada and sold his home.

And perhaps the most notorious almost-Canadian of all was troubled actor Randy Quaid, who fled to Canada in 2010 with his wife Evi, apparently to evade debts and, in his mind, to escape the “star whackers,” a group of assassins who killed celebrities for money. The Immigration and Refugee Board heard them out in a process that lasted years before the couple were arrested back in the U.S. while trying to cross into Vermont from Quebec.

Hey, we’re nothing if not an accepting society.