(September 15, 2016 – Toronto, ON) Indian-born Canadian director Deepa Mehta continues to add films of substance and intelligence to her enviable list of credits and Anatomy of Violence is the latest example. The 93-minute feature had its World Premiere TIFF screening last night and returns today for another. Its last screening will be this Saturday, September 17.

Anatomy of Violence is a docudrama. Through this film Mehta investigates one of India’s most notorious crimes. In December 2012, a 23-year-old woman and her friend got on a private bus in Delhi. The men already on board — five passengers and the bus driver — gang-raped the woman, beat her friend, and threw them onto the street. The woman died of her injuries two weeks later. The case made worldwide news and was instrumental in activating Indian policy discussions about women’s rights and the government’s duty to prosecute for rape.

Fortunately filmgoers are spared the brutal rape scene, but where she focuses her camera is just a chilling: the men who perpetrated one of the most horrific acts in modern memory. These are not the real men, but an excellent cast of actors, under the direction of a seasoned visual storyteller. Ultimately Anatomy of Violence lives up to its title as it explores the structure that allows this sort of violence to exist; some would say flourish. It examines and shines a new light on India’s rigid class system, poverty and the patriarchal values that allow and create violent misogyny.

Deepa Mehta was born in Amritsar, India, and studied philosophy at the University of New Delhi before immigrating to Canada. For our readers in Western Canada, Anatomy of Violence will screen at the Whistler Film Festival. Deepa Mehta will be in attendance and will serve as the head of the jury for WFF’s coveted Borsos Competition for Best Canadian Feature supported by Telefilm Canada. WFF’s full film lineup will be announced on November 1, 2016.

Once again, Anatomy of Violence screens today and this Saturday, September 17 at TIFF. Click here for a link to the Toronto International Film Festival® and other September film festivals. 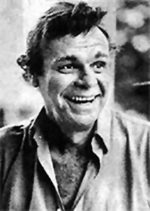 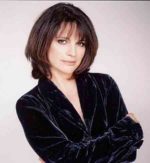