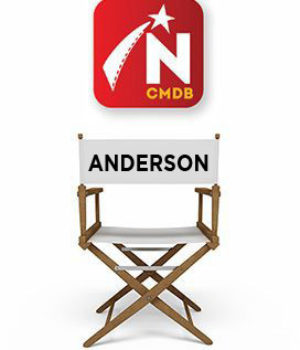 Born in Newfoundland when it was still part of England’s far-flung empire, John Murray Anderson’s desire for a formal education took him first to the Edinburgh Academy in Scotland and then to Lausanne University in Switzerland. Returning to North America he settled in New York. After the First World War, Anderson pursued a career on Broadway, where he wrote the music for and directed a number of plays. When he was wasn’t working on his own productions he was eagerly sought after by other producers, working, for example, on the Ziegfeld Follies for 1934, 1936 and 1943. He also worked in England where he produced plays such as The League of Nations, Bow Bells and Fanfare.

In 1933, Anderson was named the director at New York’s famed Radio City Music Hall. One of his longest contracts was a director at Billy Rose’s Diamond Horseshoe, an assignment that lasted from 1938 to 1950. At the same time he worked for The Ringling Brothers Circus (from 1942 to 1951).

He joined the American Society of Composers and Publishers in 1950. Working with a number of different people, he penned such well-known songs as “The Girl in the Moon,” “The Last Waltz,” “Some Day When Dreams Come True,” “Annabell Lee” and many, many more.

The King of Jazz, a 1930 musical he directed starring Paul Whiteman and Bing Crosby was shot using the early innovative two-color Technicolor process. As Leonard Maltin wrote in his review: “It’s a million-dollar musical revue…filled with larger-than-life production numbers and wonderful songs.”

This biography is Copyright © 2001 by Ralph Lucas and may not be used without prior written permission. Click here for more information about copyright.