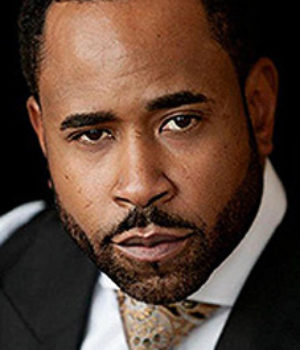 Although born in Montreal, you can’t really say that Benz Antoine grew up there. When he was four his family moved first to Toronto and then to California. When he was 9 his mother enrolled him in a performing arts school but before he could start classes the family moved again, back to Canada. He is the oldest of the 3 children raised by his Haitian mother, Rose Marie. After his career had started, the tall actor with the imposing presence recalled “My mom told me that when I was 5-years-old I told her that I wanted to be an actor.”

Somewhere in there he also thought he might one day play for the NBA. Lucky for his fans that didn’t happen. After graduating from high school, he enrolled at Montreal`s Concordia University intent on a career in Economics, which quickly turned into Philosophy. He also spent about two years as a rapper in the moderately successful Rap & RB group (Da Freshmen: released on MCA in 1994) but his life was about to change.

While reluctantly accompanying his then girlfriend to an audition, he was coaxed into reading for a role as a businessman in a corporate video and he got the part. Encouraged by the lucky break he thought he would try acting professionally and quickly landed a walk-on role in Sirens. Deciding there might be a future in acting, Benz, whose real name is Rubens Antoine, was accepted at the theatre school at Concordia, but dropped out after just 18 months to go after work in the growing TV and film community in and around Vancouver, B.C. With 4 years of work behind him, Benz moved to Toronto where he landed the role of Detective Jimmy Weeks which he played for two seasons on the series, Blue Murder.

He made his first big screen appearance in Romeo Must Die as the Crabman. Since then he has appeared in the blockbuster hits Get Rich or Die Tryin’, Four Brothers, the critically acclaimed I’m Not There and many others.

Benz Antoine costarred on the hit Québec TV cop series 19-2 playing the role of Tyler Joseph. When the producers decided to try an English version of the series, which began airing on Bravo and CTV in late January 2014, Antoine continued in his role as Tyler Joseph.

In 2006, Benz Antoine wrote to Northernstars. His kind words struck a note with our advertising consultant and we contacted the actor to ask permission to use his picture and words in an ad. He readily agreed. Following is one example of the ad that we produced thanks to Benz Antoine. Another version ran as a half-page ad in the annual Toronto Film Festival Book. 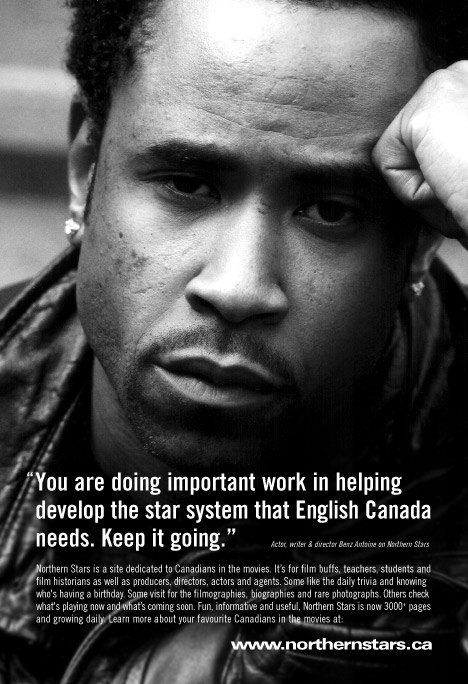 This biography is Copyright © 2014 by Northernstars.ca and may not be reproduced without prior written permission. For more information on copyright, click here.