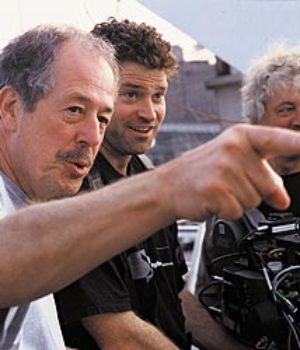 Denys Arcand is now firmly established as one of Canada’s handful of `star’ directors, but a number of years ago he was worried he would end up in the Salvation Army hostel he could see from the room where he was writing Le Déclin de l’empire américain. Before the huge success of this breakthrough film, Arcand had been labelled an unbankable troublemaker, the kind of filmmaker who made politically explosive documentaries such as On est au coton. In the mid-1980s, although he had won acclaim for a string of irreverent fiction features and a couple of mainstream hits in Québec, this so-called agent provocateur found it hard to make a living in the film business. Arcand’s films portray a world so irredeemably corrupt, that he has been accused of being a cynic and a nihilist; however, his movies also convey inherent values expressed with wit and insight. ‘I can’t bear people who don’t want to see what appears, to me, to be reality,’ Arcand once told Cinema Canada. ‘I don’t know why. I’ve always been that way … it seems to me that the first attribute of humanity is intelligence.’

Arcand spent his childhood in a riverside village and moved to Montreal, where he attended a Jesuit school. In 1962, after an apprenticeship in the University of Montreal’s theatre groups, he and some friends (including Denis Héroux and the assistance of established NFBers, Michel Brault, Gilles Groulx, and Bernard Gosselin) made a film about student life, Seul ou avec d’autres. Then, like most budding filmmakers, Arcand went to work for the NFB. The commissioned documentaries he shot didn’t cause much of a stir until the Board refused to release On est au coton, a gritty, angry exposé of Quebec’s textile industry. Although copies were circulated clandestinely throughout Quebec, the ban lasted six years.

When Arcand turned to fiction, his work began to modulate outrage with the amused disdain of a sophisticated observer. In Réjeanne Padovani, a sleazy construction mogul has his unfaithful wife murdered during a party andentombs her under the asphalt of a just-completed highway. Arcand expresses shock at the depravity of his characters but he is aware of the layer ofcomedy they provide. By the time he directed Le Déclin, which picked up the International Critics Award at Cannes, eight Genie Awards, the Golden Reel Award as the highest grossing Canadian film at the box office, and an Academy Award 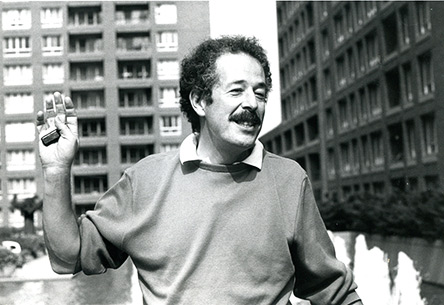 nomination, Arcand admitted that he felt affection as well as amusement toward his self-deceptive, philandering characters. In fact, his biting humour can turn on a dime into passionate intensity.

Pictured in a still from the Northernstars Collection while making Jésus de Montréal, the film is perhaps Arcand’s richest, most rewarding creation. Released in 1989, Arcand orchestrates perfectly timed mood swings between irreverence and reverence, detached irony and dark tragedy. In both Le Déclin and Jésus, Arcand mastered the unobtrusive visual style and rapid pacing that he admires in classic American moviemaking.

His attempts at making films in the English language – Love and Human Remains and Stardom – did not live up to the high standards he set with his French-language works. He returned to form, however, with Les Invasions barbares, his most successful film at the box-office at the time. It also brought him his first Oscar® following two previous nominations. Reprising the characters he created in Le Déclin, Les Invasions continued Arcand`s very articulate and witty love / hate relationship with the United States but without the deeper political bite of the first film. Four years later came L’ Âge des ténèbres, and then a long silence. Too long for most.

A full seven years later, in 2014, Denys Arcand released the highly anticipated Le regne de la beaute (aka An Eye for Beauty). Given its subject matter and plot, the film uses both English and French and when questioned about it after the film`s release in Québec, Arcand perhaps cast back to an earlier time when he talked about his new film simply reflecting reality.

But no matter what two official languages he works in, Arcand`s approach to filmmaking is straightforward, understated, and laconic. In this, he resembles the Spanish master, Luis Buñuel, another cool, witty minimalist who swam through powerful currents.

The black & white photo used in this biography was scanned from an original in the Northernstars Collection.

This biography of Denys Arcand is Copyright © 2014 and may not be reproduced without prior written consent. For more information about copyright, click here.

Marie Prevost – About Me