Atkin was born in Toronto and credits his family background for the cultural influences that he has called on in his life as an actor. He grew up living with his mother and father in his grandparents’ home. They were Russian immigrants, and one of his earliest memories dates back to the time when he was no more than five. He would look forward to the end of each day when his grandfather would return home and regale everyone with stories in Yiddish. He lived to be 102-years-old, and Atkin claims that, to this day, he has an impact on his thoughts and behavior. His father was also a huge influence. He opened Harvey`s eyes to the real world. No matter how successful he became, Harvey knew that the entertainment industry was a fickle place to earn a living and this has resulted in a strong work ethic.

It all started when Atkin was still in school. He was the typical class clown and because he was always acting up he was urged to join his high school`s drama club. In his first year he won a best actor award at the local drama festival 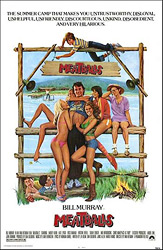 and this was all he needed to push him toward a life as an actor. He was accepted the following year at a summer camp for the performing arts. Now, more than 30 years later, Atkin can look back on a long career filled with awards, citations and nominations for his work.

Mixed in with his dramatic work – which includes more than 75 feature films and made-for-television movies, not to mention appearances in hundreds of episodic television shows – is an amazing body of commercial work. By his own estimation he has voiced more than 3,000 radio and television commercials winning three Clio awards – the Oscars® of the advertising industry – for his performances. In short, his voice is almost as famous as his face and his credits contain many voice-acting performances in cartoons. It is the face you remember, however. He was the desk sergeant in the long-running series Cagney and Lacey (1982–88), which caused him to commute between his home in Toronto and Los Angeles almost every week for six years. The series also gave him an opportunity to work with another Toronto actor, his friend, the late Al Waxman. Harvey co-starred opposite Bill Murray in Ivan Reitman`s Meatballs (1979), a performance that earned him a Genie nomination. Harvey is also extremely proud of his work in the stage play A Shayna Maidel. Written by Barbara Lebow, the play was directed by Al Waxman and considered one of the better productions in Toronto in 1994.

A busy schedule allows Atkin to maintain homes in both New York and Toronto. Married for more than 36 years, he and his wife are the proud parents of a son and daughter. By remembering his own past and the important influence of his grandfather, Harvey Atkin is extremely proud granddad with five children.

This biography is Copyright © 2002 by Ralph Lucas and may not be used without prior written permission. For more information about copyright, click here.