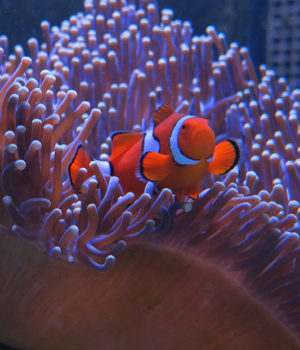 (January 21, 2016 – Los Angeles, CA) – Entertainment One (eOne) has announced the iconic 4-part natural history series David Attenborough’s Great Barrier Reef has been sold to CBC in Canada. The first three episodes in this high-profile mini-series will air Thursday nights at 9 p.m. (9:30 NT) on CBC-TV beginning January 28. Those episodes will be rebroadcast on the following Sundays at 7 p.m. ET on the Documentary Channel beginning January 31. The Documentary Channel will also air the fourth episode, an exclusive “making of David Attenborough’s The Great Barrier Reef” on February 21 at 7 p.m. ET.

“From the award-winning team at Atlantic Productions with the world renowned naturalist David Attenborough at the helm, this epic series takes viewers to one of the most fascinating places on earth making for a thrilling combination that resonates well with the global market,” said eOne’s Kim Hobbs, Senior Director, TV & Digital Sales, who brokered the deal with CBC. “CBC is known for bringing the best content from around the world to English-speaking Canadian audiences and we’re delighted David Attenborough’s The Great Barrier Reef will be added to their line-up.”

“We’re excited to broadcast what promises to be yet another amazing documentary series with David Attenborough,” said Jennifer Dettman, executive director, unscripted content, CBC. “Having already been home to Life Story and Planet Earth, CBC is privileged to share The Great Barrier Reef as part of our on-going commitment to offer Canadians the best in documentary programming from Canada and around the world.”

With astounding creativity, cutting-edge scientific research and breathtaking CGI, the world’s most renowned naturalist and masterful storyteller David Attenborough and the multiple Emmy and BAFTA award-winning team at Atlantic Productions embark on a unique, compelling and imaginative 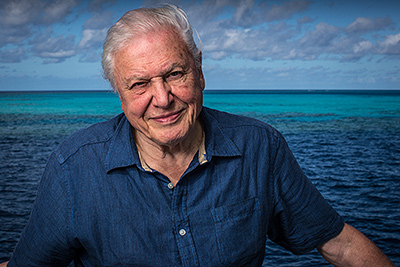 journey through the past, present and future of the mighty Great Barrier Reef – the Earth’s largest living structure. In this iconic, natural history series, David Attenborough dives deeper on the Reef than anyone previously and reveals never before seen secrets that are invisible to the human eye. David Attenborough’s The Great Barrier Reef provides unprecedented insight into the most microscopic and evolutionary details of this global marine treasure, which is home to countless species of fish, whales, dolphins, turtles and birds.

The critically-acclaimed landmark series which was also licensed to BBC One in the UK recently premiered to a combined audience reach of 10.4 million UK viewers within the first week of broadcast, winning the biggest market share at 9PM on the night.

Combined with Attenborough’s masterful storytelling and trademark engagement with wildlife, the series provides a uniquely authored insight into a global treasure, and uncovers the history and secrets of this richly bio-diverse landmark. The series uses pioneering camera technology and draws on the latest research to investigate the reef in revelatory ways including using satellite scanning to show the 2,300km expanse of living coral, and revolutionary macro lenses that will capture the reef’s tiniest, normally unseen, life-forms.

Founded in 1992 Atlantic Productions has built a reputation for world-class story-telling, enhanced by the latest techniques and technologies, including the building of pioneering cross-platform and digital experiences.

Entertainment One is a leading international entertainment company that specializes in the acquisition, production and distribution of film and television content. The company’s comprehensive network extends around the globe including Canada, the U.S., the UK, Ireland, Spain, Benelux, France, Germany, Scandinavia, Australia, New Zealand and South Africa. Its current rights library across all media formats includes more than 40,000 film and television titles, 4,500 hours of television programming and 45,000 music tracks.