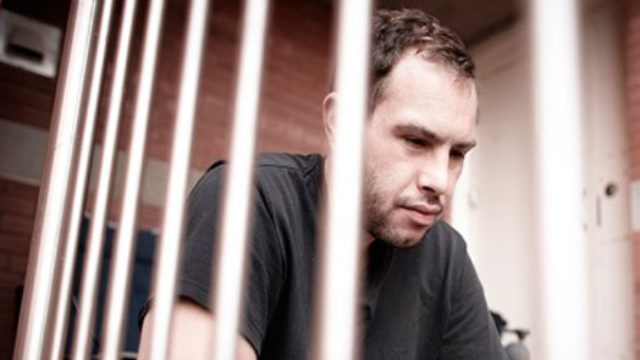 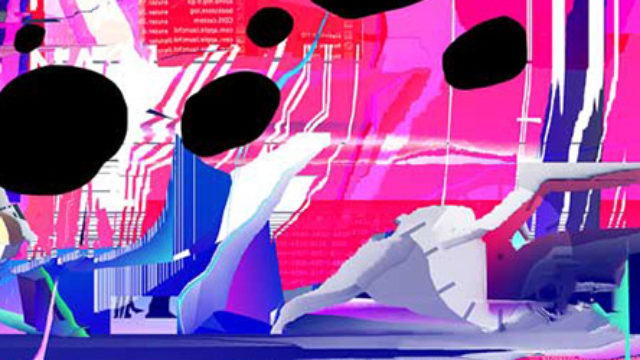 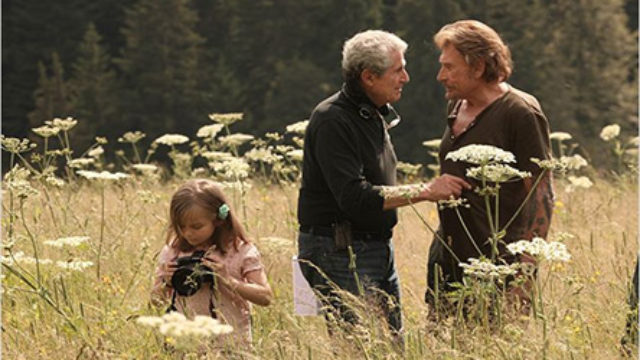 (August 13, 2014 – Montréal, Québec) Once again this year the financial health of one of the best film festivals in the country is crowding out headlines about the festival itself. Taking a cue from festival founder Serge Losique, who would like the media to concentrate on the films, we’ve decided to do just that. So, when the festival launches its 38th season in just over a week, the opening film will be Salaud, on t’aime (I Love You, You Bastard) by renowned French filmmaker Claude Lelouch. The film stars the venerable Johnny Halliday playing the role of Jacques, an aging photographer and womanizer. The Montreal World Film Festival (MWFF) will close with Aimer, boire, chanter (Life of Riley) which will be presented as a posthumous tribute to another great French filmmaker, Alain Resnais.

In all the MWFF will screen a total of 350 movies. Slightly more than half, 160, are feature films selected from entries from 74 countries. The rest, 190 films, are shorts. As with most, if not all large festivals, the movies will screen in the various sections including: World Competition, First Films Competition, Out of Competition, Focus on World Cinema, Documentaries of the World, Tributes, and the Student Film Festival. 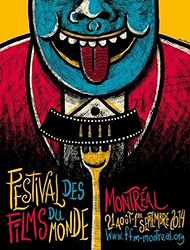 The Student Film Festival expands this year and offers entrants and festival goers films from two categories: Canadian and International.

One of the positive bits of news out of the festival is the confirmation that Hollywood star Sharon Stone, who appears in the film Un Ragazzo d’Oro, in which she plays an alluring publisher interested in the life story of an ad copywriter’s deceased father, will be in attendance at this year`s festival.

The MWFF runs from August 21 to September 1 at the Imperial Theatre (1430 de Bleury St.) and Cinema Quartier Latin (350 Emery St.) Click here for a link to the Montreal World Film Festival and other August film festivals. 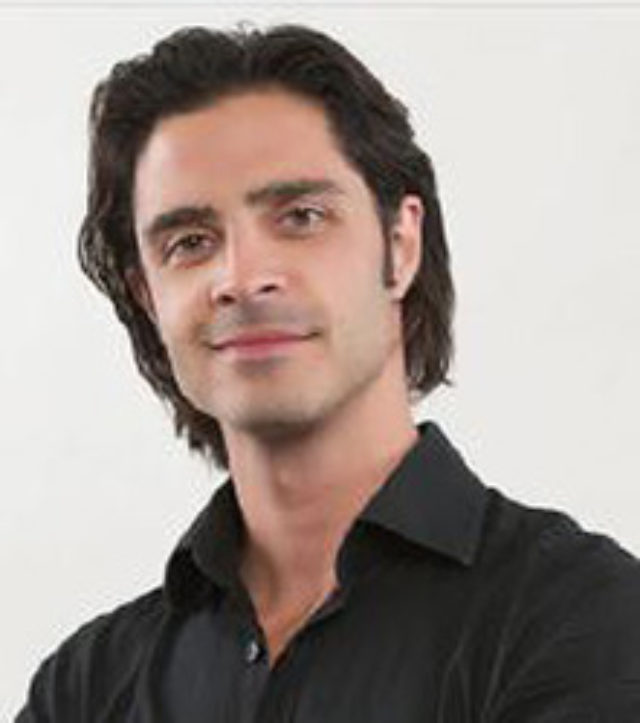 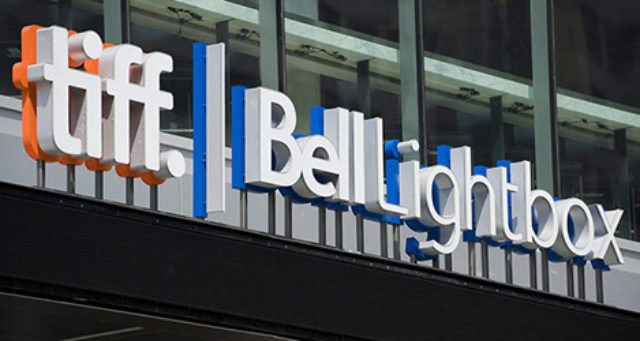 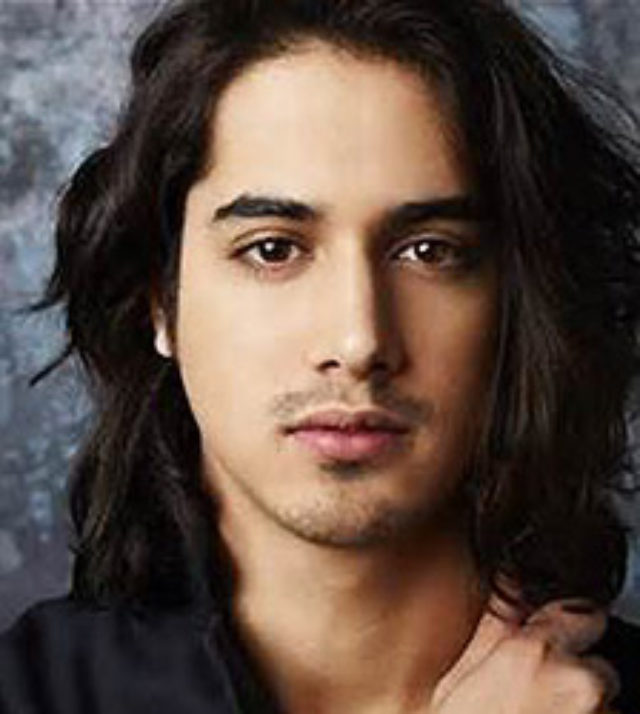 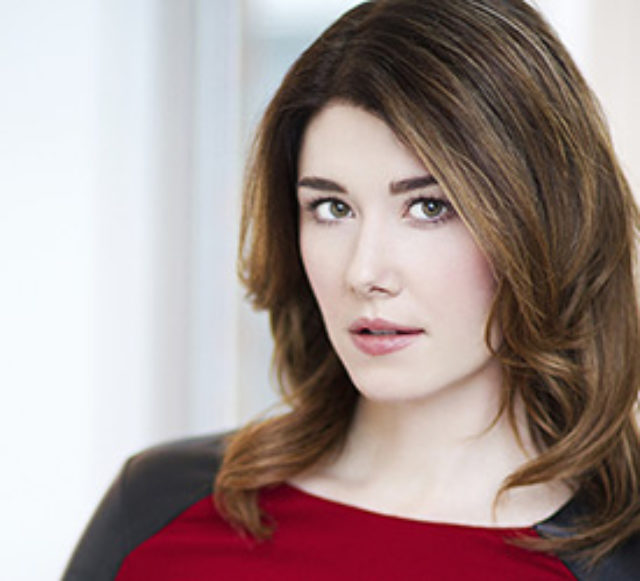 “Jewel is a powerhouse, which is exactly what you want in a leading lady. The character of Cassie is jaded and sarcastic, but beneath it all there`s a deep hurt and a real vulnerability; Jewel is the perfect actor to bring that out in 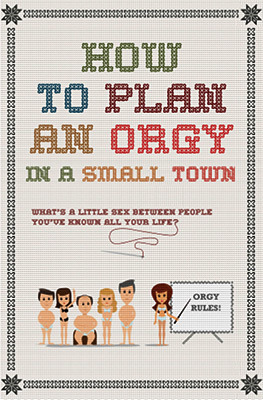 a way that`s honest, real, heart-breaking, and funny,” said LaLonde. He added, “Our cast involves a nice ensemble of incredibly talented actors I’ve worked with before and others I’ve long admired, so I’m really excited to throw this group together and make something unique with them.”

Jewel Staite’s is currently costarring in the 4th season of the taut, edgy police drama The Killing, with all of the commercial-free episodes available on Netflix. Other recent credits include State of Syn, L.A. Complex, and Serenity and the upcoming She Who Must Burn.

How To Plan An Orgy In A Small Town is a comedy about a group of friends who live in the picturesque town of Beaver’s Ridge – the epitome of wholesomeness and strong family values – whose orderly lives get interrupted with the homecoming of big city sex writer Cassie Cranston. In her youth Cassie suffered a public humiliation that got her labeled as the town slut, and now that her former friends are looking to spice up their sex lives she gets her chance for revenge… and to make some money in the form of a book she owes to her publisher.

The film is financed in part through the participation of Telefilm Canada’s Canada Feature Film Fund, but to top up financing, LaLonde and the producers launched a crowd funding initiative yesterday to raise $70K through an Indiegogo campaign, which has already raised more than 25% of its goal. LaLonde has a proven track record with crowd-sourced funding having successfully raised $61K toward the budget of his edgy sophomore comedy Sex After Kids. 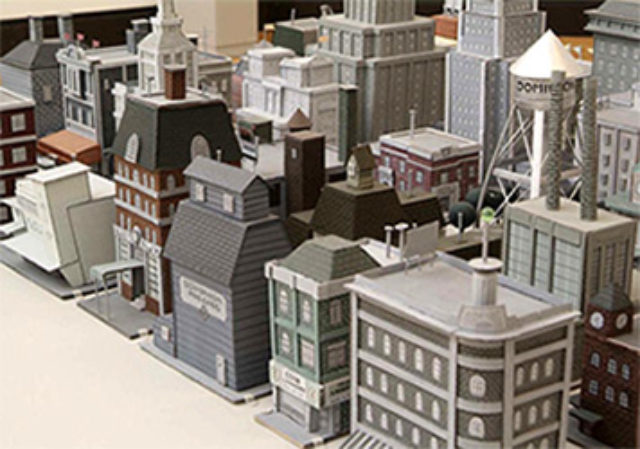 (July 7, 2014 – Ottawa, Ontario) The Ottawa International Animation Festival (OIAF) has announced the selection of films competing in the Feature Film Category at this year’s Festival which kicks off on September 17 and runs until the 21st. “This year’s feature film competitors,” said OIAF Artistic Director, Chris Robinson, “are among the most diverse we’ve ever had in competition. Using an array of animation techniques (drawn, paint, puppet), the films address sensitive and mature topics (political oppression, wrongful prosecution, environment, love and loneliness) in highly original, engaging and sometimes hilarious and absurd ways.”

Films included in the feature competition:

Two of those films are animated documentaries: Seth’s Dominion (Luc Chamberlain, Canada) and Truth Has Fallen (Sheila Sofian, USA). NFB produced Seth’s Dominion (pictured above) is a nostalgic and inspiring look at the life of Canadian cartoonist and graphic novelist Gregory Gallant, who uses the pen name Seth. His work regularly appears in publications like The New Yorker, The Washington Post, The New York Times and elsewhere. He has exhibited throughout the world in a variety of group and solo shows and was the subject of a solo exhibition at the Art Gallery of Ontario, which showcased the first public display of his model city Dominion, which is the focus of this film.

The other animated documentary is titlled Truth has Fallen and it uses both live action and animation to tell the story of three people wrongly accused of murder.

Tante Hilda (Aunt Hilda) is a complex, challenging, yet fun film geared to both adults and kids. For those who like surreal, dark musicals animated with fruit, Lisa Limone ja Maroc Orange: tormakas armulugu (Lisa Limone and Maroc Orange: a Rapid Love Story). Rounding out the selections is Até que a Sbórnia nos separe (Until Sbornia do us part). Based on the long running musical Tangos & Tragedies, the film examines corporate dominance and environmental issues through the story of Sbornia, an eccentric and poetic country which is introduced to the modern world when a wall collapses.

The Ottawa International Animation Festival (OIAF) is one of the world’s leading animation events providing screenings, exhibits, workshops and entertainment since 1976. The annual five-day event brings art and industry together in a vibrant hub, with a total attendance of 28,000 artists, producers, students and animation fans from around the world. 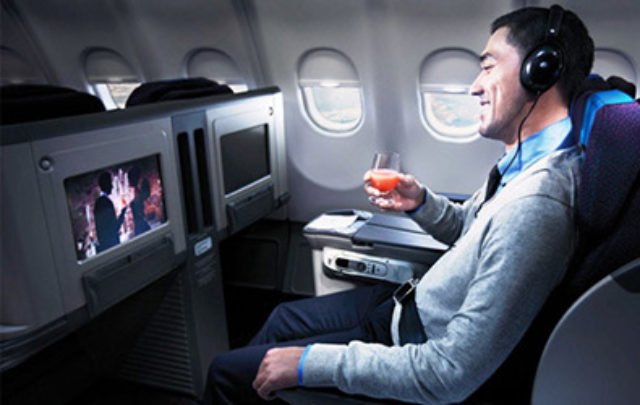 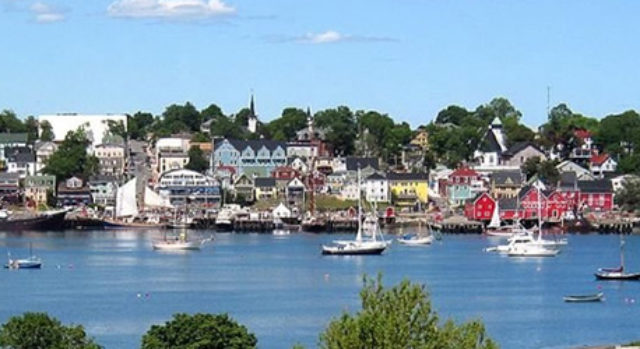 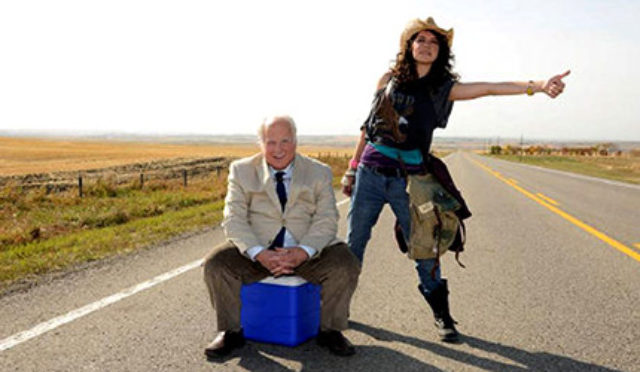 NFB an ARTE Join Forces for Interactive Haiku
By Staff 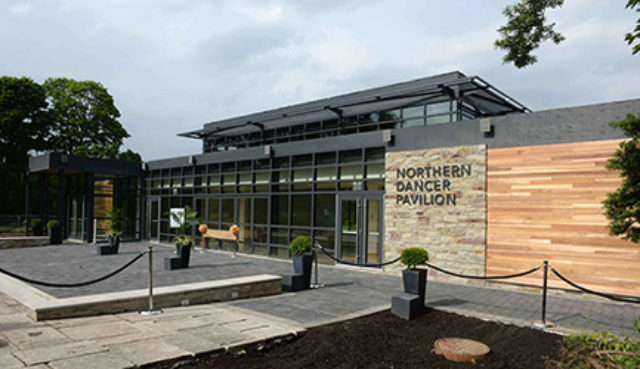 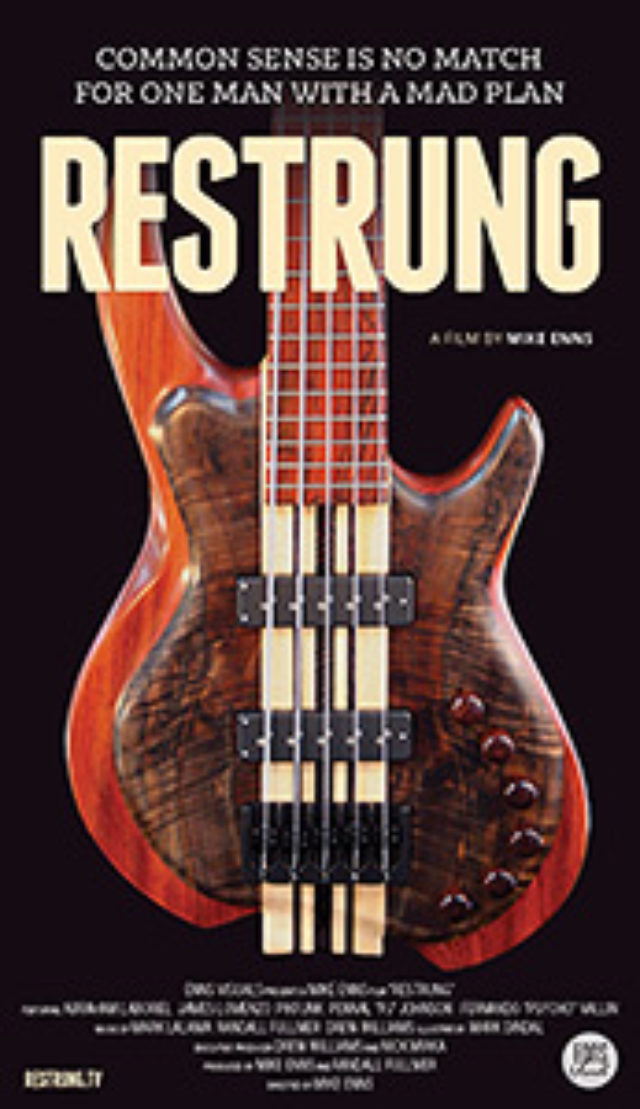 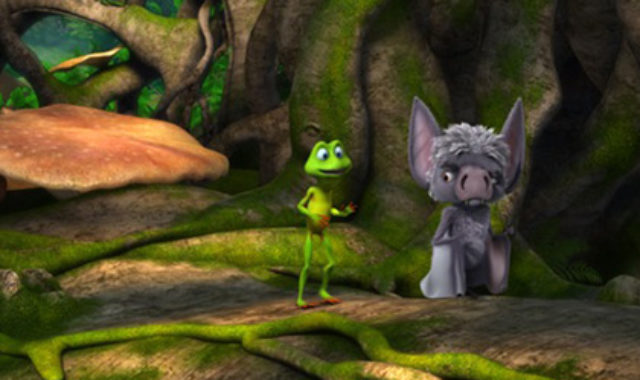 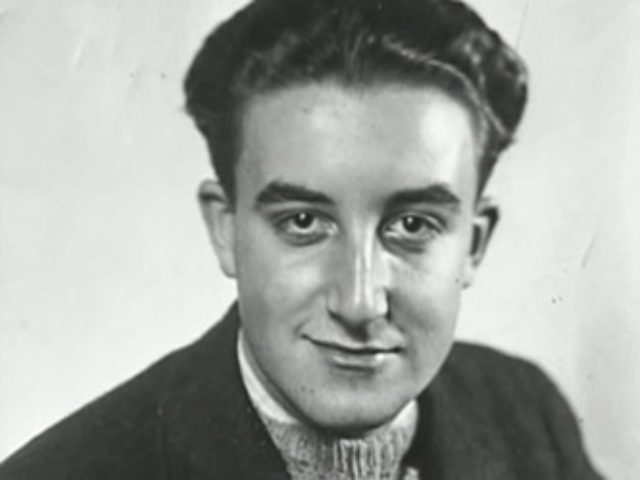 The Return of Hector Dimwittie
By Staff 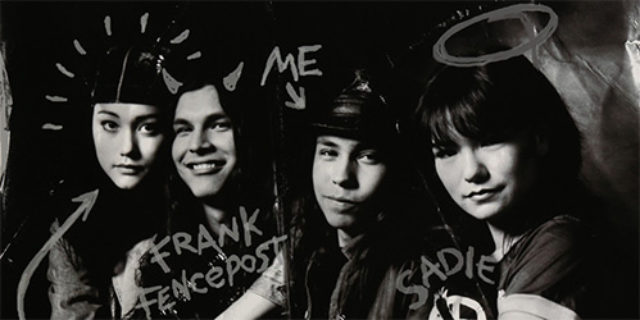 Dance Me Outside gets Rare 20th Anniversary Screening
By Staff