(October 12, 2016 – Los Angeles, CA) It is the biggest deal when it comes to film deals and the American Film Market (AFM®) yesterday announced its initial list of films screening this year. On the schedule are 71 World Premieres and more than 250 Market Premieres. The AFM runs from November 2 t0 9 in Santa Monica. More titles will be confirmed as the market approaches. The American Film Market is where the business of independent motion picture production and distribution gathers for eight days of deal‐making on films in every stage of development and production. The AFM® also offers hosts conferences, networking opportunities and parties.

One of the World Premieres is the animated musical Charming 3D (SC Films International) featuring the voices by Demi Lovato, Ashley Tisdale, and Avril Lavigne, who is the voice behind Snow White in a retelling of the classic children’s tale. Other films include the sci-fi thriller What Happened to Monday (SND M6 Group) with Noomi Rapace, Glenn Close, and Willem Dafoe; 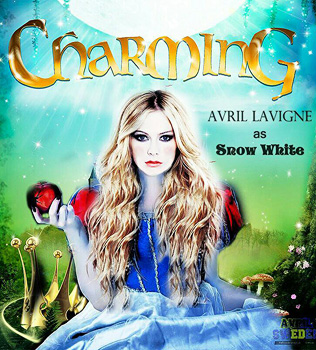 The AFM® is usually attended by some 8,000 industry leaders from more than 80 countries and serves up more than 500 screenings of more than 300 films. It is also host to the industry’s largest Conference Series and is the pivotal destination for filmmakers, producers, writers, distributors, financiers, industry executives, talent, the international media and all those who provide services to the worldwide motion picture industry. Speaking of talent, Alec Baldwin, Gerard Butler, Bryan Cranston, Penelope Cruz, Elle Fanning, James Franco, Salma Hayek, Demi Lovato, David Oyelowo, Aaron Paul, Rosamund Pike, Noomi Rapace, and J.K. Simmons are just some of the names expected at this year’s market.

The AFM is produced by the Independent Film & Television Alliance® the global trade association of the independent motion picture and television industry.

The NFB at Sundance