In January 2003, Northernstars.ca was given a major international Internet award when we were honoured by the US-based Golden Web Awards, which is administered by the International Association of Webmasters and Designers. Winners of a

Golden Web Award are judged and scored in three primary categories: Design, Content and Originality. Each category may receive a score of between 1 to 10. These scores are than added together and averaged for a final score. Winning the award requires a total score of between 24 to 30. Northernstars.ca had previously won The Golden Web Award for the year 2001-2002.

Other Internet awards include being named Site of the Week by tdfilm.com and Canuck Site of the Day for three days: Friday, May 20 to Sunday May 22, 2000. On June 21, 2000 Northernstars.ca was also given The Cool Canuck Site Award. In addition, we were selected by the editors of The Internet Directory 2000 as one of the best websites in Canada. 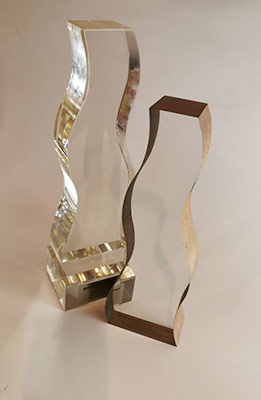 Northernstars.ca was also a winner at the Summit Creative Awards competition in 2000 in the Website: Consumer Information category. The Summit Creative Awards is the only competition of its kind, created to recognize exceptional work by advertising agencies, video production companies, multimedia firms and other creative groups with billings of $15 million or less.The panel of judges came from agencies like Ogilvy Interactive, The Marketing Deli, and Saatchi & Saatchi. Entries in 16 creative categories were judged against a stringent set of standards. Judges looked for innovative and creative concepts, strong executions and the ability to communicate and persuade. The competition in 2000 had a record number of entries, more than 3000, with participation from the United States, Canada, Europe and Australia.

In 2010, Northernstars.ca was again honoured by the Summit Creative Awards, this time a Silver Summit Award in the TV Commercial category. The commercials were created to promote the Northernstars.ca website and were produced by Northernstars founder, writer/director Ralph Lucas, through his production company Screenarts Incorporated.