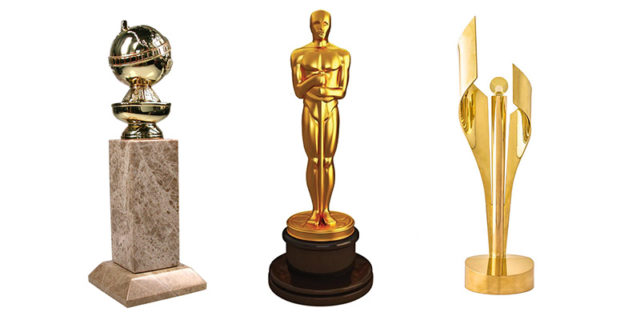 (November 16, 2022 – Toronto, ON) As we have done the last many years around this time, as the film calendar begins to shift from festivals, we look at the upcoming award shows. There are still plenty of film festivals to pay attention to. For example, one of the biggest documentary festivals, RIDM (The Montreal Documentary Festival) celebrates its 25th anniversary when it opens tomorrow, the Blood in the Snow festival opens in Toronto on the 21st and the Whistler Film Festival begins on November 30. But it is the glitz and glamour of award shows that attracts everyone’s attention from diehard film buffs to occasional filmgoers. 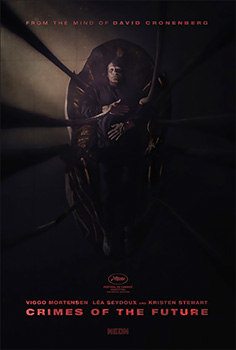 In local news, one of the last awards of the year are given out by the Directors Guild of Canada. With some 450 submissions the guild handed out 21 awards covering everything from direction to editing, production design and sound editing. Some of the award recipients included David Cronenberg for Outstanding Directorial Achievement in Feature Film for Crimes of the Future; Madison Thomas was given the Allan King Award for Excellence in Documentary for Buffy Sainte-Marie: Carry It On. The recently announced DGC Jean-Marc Vallée Discovery Award went to Anthony Shim for Riceboy Sleeps. You can read about all of the DGC award-winners online.

Quite a different story in Québec. Radio-Canada, as CBC is known in the province, announced it would not carry the annual Gala Québec Cinéma. The Prix Iris broadcast has been losing audience since 2018 and that was, apparently, reason enough for the national broadcaster’s regional division to drop the show. It seems to me to be a bit of a bizarre decision given the fact most, if not all cinemas in the province were shuttered during the worst of the COVID pandemic so it is reasonable to assume the decline in interest in an award show mirrored the decline in in-theatre attendees, which means few, if anyone had a chance to see the best productions on a big screen, which logically translates into less interest in an award show.

A few interesting dates next month. The New York Film Critics Circle will hold their awards night on December 2. The nominations for the Critics Choice Awards will be announced on December 6 and preliminary voting for the Oscars begins on the 12th and ends on the 15th.

The new year sees the Golden Globes ceremony on January 10th. After taking a break from the awards, NBC will once again carry the show. There are a flurry of award nomination announcements in January. The Directors Guild of America (DGA) and the Screen Actors Guild (SAG) will make their announcements on the 11th, the Producers Guild of America (PGA) will do the same on the 12th. The biggie is learning about the Oscars nominations on January 24th. We don’t have a firm date yet, but the Toronto Film Critics Associations (TFCA) usually announce their winners, runners-up, and nominees for Rogers Best Canadian Film Award in early January. 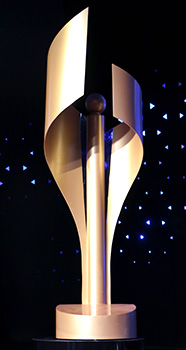 March is usually the month when the Vancouver Film Critics Circle (VFCC) announce their awards, but like the TFCA, we don’t have a firm date for that ceremony. Here’s what they recognized earlier this year. March also brings the 95th Academy Awards on the 12th.

Earlier today the Canadian Academy of Cinema and Television announced the dates for Canadian Screen Week. It will run from Tuesday April 11 to Sunday April 16, which is when the broadcast gala will be held. As mentioned, the nominees for the 2023 Canadian Screen Awards will be announced on February 22.