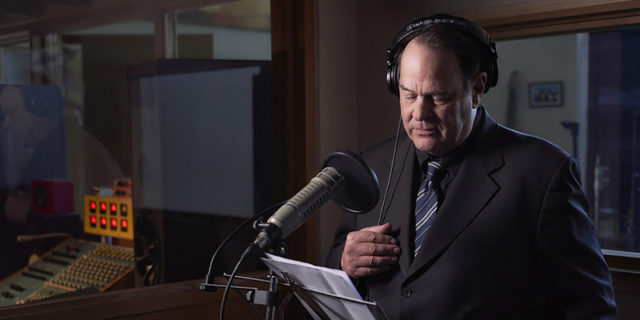 Aykroyd Does Paranormal, Again
by Staff

(April 27, 2020 – Toronto, ON/CNW/) T+E’s has announced a new original 10-part documentary series, Hotel Paranormal, which is narrated by Dan Aykroyd, no stranger to the unexplained. The 10 episode first season is produced by Toronto-based Saloon Media, a Blue Ant Studios company, and follows the terrifying, true stories of those who have come face-to-face with otherworldly hotel guests.

“I was excited to come on board and narrate T+E’s Hotel Paranormal because I think the show is going to be a real skeptic-buster and as a believer in ghosts that makes me happy,” said Dan Aykroyd. “I’ve been watching T+E’s paranormal programming for years and when you marry a great channel with gripping and entertaining real-life ghost stories, such as those told in Hotel Paranormal, I’m on board.”

“T+E is the home of paranormal programming and when we heard that Canada’s own Dan Aykroyd was a fan of our channel, we leaped at the chance to work together on our newest original series,” said Jamie Schouela, President, Canadian Media, Blue Ant Media. “Now more than ever audiences are looking for gripping new TV shows to watch and we can’t wait to bring Hotel Paranormal to millions of Canadians, coast-to-coast.”

The debut episode, which will air on May 15, gives viewers a terrifying taste of what is in store when they check into Hotel Paranormal. A demonic spirit takes possession of a travelling businessman in a Texas motel, a dark force is unleashed by high school students in an Italian guest house and an evil entity attacks a news reporter in a New England B&B.

The world broadcast premiere of Hotel Paranormal airs Friday, May 15 at 9 p.m. ET/PT, exclusively on T+E.