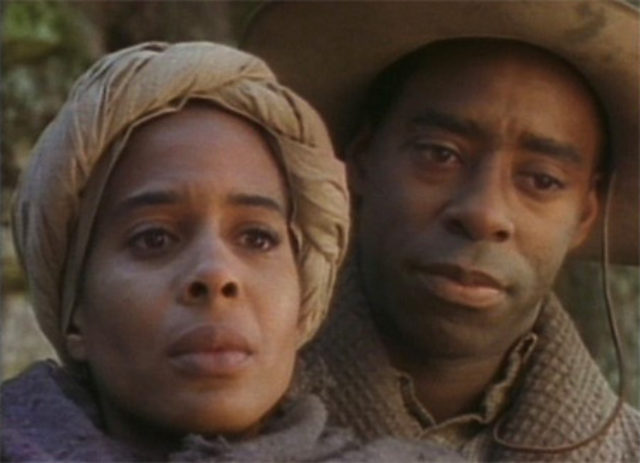 Born and brought up in Canada, Janet Bailey credits her parents for a lot of her success. Interviewed for the Black Canadian Awards in 2014, she said, “My parents truly gave me every opportunity really. They inspired a discipline that has never left me. Being exposed to everything throughout my formative years allows you to realize that all things are possible for all people.” She also said, “I’ve had the greatest teachers of Dance/Drama/voice/figure skating.

Her professional career began following her time at Toronto’s Leah Posluns Theatre. She first studied Dance with Jacques Fosier and later studied Drama with Reva Stern and Rose Dubin. In 1984, she went to study and at TheNeighborhood Playhouse in New York City, where she studied under the tutelage of Sandford Meisner, graduating in 1985. Her film career began in 1986 but she continued to learn her craft studying with Carol Rosenfeld Kurt Reis and Neil Freeman at C.A.S.T. and finally studying theatre with Jim Wilson in Los Angeles.

Her career in Theatre, Television and Film has won accolades in Canada and the United States. For example, for her role as Sarah in the television movie Race to Freedom: The Underground Railroad, which costarred Courtney B. Vance, Janet Bailey received a Best Actress Gemini Nomination. The production also screened at the Canadian Embassy in Washington and Bailey was introduced as “one of Canada’s best kept secrets”. Her work on the series Traders, in the role of Susannah Marks, brought her a second and third nomination for Best Supporting Actress.

In Deepa Mehta’s screen version of The Republic of Love she plays the quirky ex-wife of Bruce Greenwood’s Tom Avery. That same year she played opposite Greg Kinear in the feature film Godsend, starring Robert De Niro. In the final season of the critically acclaimed series Slings and Arrows, Bailey played soap opera diva Barbara Gorman, which she followed with the role of straight talking lawyer Susan Aimes on NBC’s Beautiful People.

After viewing Bailey’s interpretation of the sweet but streetwise prostitute, Velma Fontaine, in the television movie Spencer Ceremony, New York Magazine singled her out as “meriting a movie of her own” Her fourth Gemini nomination, this time for Best actress in a guest role, came for her portrayal of Harriet in an episode of Global Television’s Blue Murder.

Active on stage in film and television, Janet Bailey also teaches theatre. When asked in that same interview what she would like to be remembered for, she responded, in part, by saying, “I’d like to be remembered one day as a studied child of God, a good daughter, a loving yet strict Drama teacher. God willing a good and nurturing wife and mom.”

This biography is Copyright © 2015 by Northernstars.ca and may not be reproduced without prior written permission. Click here for more about copyright.