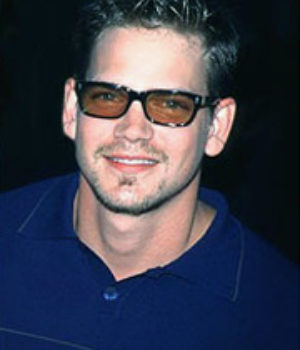 Scott Bairstow was raised on a farm in Steinbach, Manitoba and caught the acting bug early when he appeared on the television show, Let’s Go! at 10-years-old. He enjoyed theatre while still in school but wanting to turn professional as soon as possible, he moved to New York when he was just 17. Like many aspiring young actors, he waited on tables and did the occasional commercial until he landed the part of young Stuart Chandler, playing in the flashback scenes, on the daytime drama All My Children. After that he returned to Canada, finished school, and was better prepared for the big time when he landed the lead roll in the made-for-television movie, There Was a Little Boy, opposite Cybil Sheppard. It wasn’t long before he was signed to a three-picture deal with Disney and appeared in White Fang 2: Myth of the White Wolf. He was aslo cast as Newt Call in Lonesome Dove: The Series, which kept him busy for two years.

In 1997, Bairstow was signed to play Kyle Sullivan in Black Circle Boys. Almost immediately after he became Marty Stouffer in the very successful Disney film Wild America. For the small screen he made Killing Mr. Griffin and then he received a call saying famed actor/director Kevin Costner wanted to chat. This led to an offer to play the part of Luke in The Postman.

Meanwhile, the U.S. specialty channel TNT was starting production on a Kris Kristofferson vehicle, Two for Texas. Scott got the nod to play opposite the star and ended up sharing the poster with him. By this time there was quite a bit of buzz about the young Canadian actor, and there was more good news when Bairstow`s agent told him producers at the Fox Network wanted to talk to him. He was cast as Henry, the Yale-graduate-turned-cyberporn writer in Significant Others. Then they offered him a half-season stint on Party of Five, where he played Ned, the girlfriend-beating college boyfriend of Julia Salinger, played by fellow-Northernstar, Neve Campbell.

His career essentially ended when in May 2003 he was charged with second-degree child rape for allegedly sexually assaulting a 12-year-old girl, who is related to Bairstow’s former wife, and later asking her to keep quiet about it. In December 2003, he pleaded guilty to the lesser charge of second-degree assault. Bairstow entered an “Alford plea,” under which he maintained his innocence but conceded that he would likely be convicted by a jury if the case went to trial. He was sentenced to four months in jail, one year’s community supervision, and was required to undergo a sexual deviancy evaluation. He was also ordered to have no contact with the girl for 10 years.

This mini-biography is Copyright © 2006 by Ralph Lucas and may not be reproduced without prior written permission. For more information about Copyright, click here.