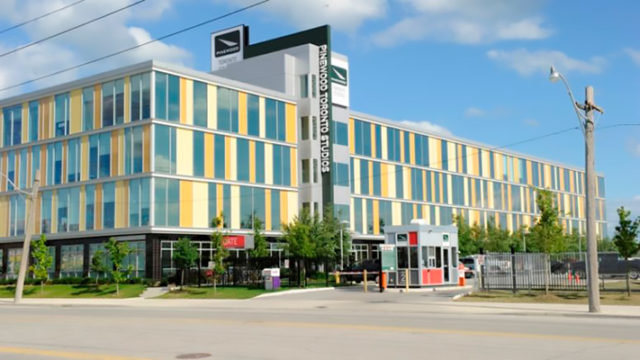 (March 29, 2018 – Toronto, ON) Bell Media has announced that it has entered into an agreement for its Bell Media Studios division to acquire a majority stake in Pinewood Toronto Studios, in partnership with Comweb Studio Holdings, Castlepoint, and the City of Toronto.

Pinewood Toronto is one of the largest purpose-built production studios in Canada and the preferred choice for domestic and international producers of film and TV content in Toronto. As a part of the transaction, Bell Media Studios Inc. will acquire a majority stake in the 33.5 acre (13.5 hectares) facility in Toronto’s Port Lands. The complex includes 11 purpose-built stages, 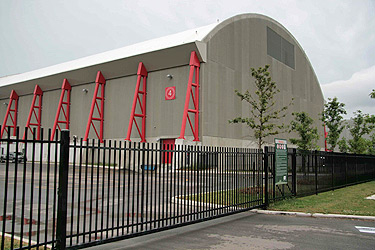 including one of the largest sound stages in North America at 46,000 square foot (4,274 square metres), as well as offices that can house multiple productions at a time, teaching facilities, and a variety of support services for a growing roster of domestic and international film and television clients.

“The investment that Bell Media is making in Pinewood Toronto Studios and its expansion is significant and is proof of Bell Media’s commitment to our city and of its role as a world-class content creator,” said Toronto Mayor John Tory. “Toronto is home to industry-leading talent in the television and film production industry and as a city we are committed to supporting the growth of that industry at all levels and aspects of that production.”

“Our Toronto studios are a film and television success story,” said Paul Bronfman, Chairman of Pinewood Toronto Studios. “We look forward to working with Randy and the Bell Media team to produce more high-calibre and innovative programming right here in Toronto and I’m sure that the ongoing sales and marketing support from Pinewood UK will continue to be a significant advantage for our business.”