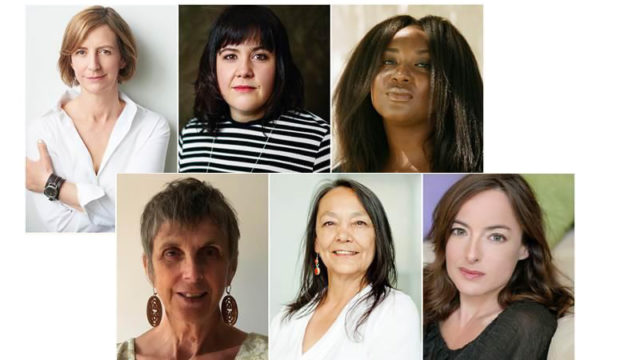 (August 20, 2018 – Montréal/Toronto) One director, two actresses, one screenwriter and two others in the early stages of their careers have been honoured by Birks and Telefilm Canada at the sixth annual Birks Diamond Tribute to the Year’s Women in Film. The Tribute celebrates Canada’s diverse film landscape by way of its storytellers on both sides of the camera. New this year, each honouree in the directing, acting, screenwriting and emerging talent categories will receive a cash award from Birks.

This year’s distinguished honourees include one of Canada’s leading documentary filmmakers, director Nettie Wild; actors Tantoo Cardinal, who was given the Canadian Academy’s Earle Grey Award at the 2017 Canadian Screen Awards, as well as Québec’s multi-award-winning Pascale Bussières who began her career when she was just 13-years old; award-winning screenwriter Susan Coyne; and emerging directors Stella Meghie who had a breakout hit with her debut comedy feature Jean of the Joneses, and Jeanne Leblanc who has directed a number of short films that screened with distinction at several international festivals and who directed her first feature film, Isla Blanca, in 2017.

“This year in particular we are very proud to be supporting Canadian female talent within the film industry,” said Eva Hartling, Vice President, Birks Brand and Chief Marketing Officer. “Our annual event in partnership with Telefilm Canada highlights the diversity and power that is setting a new standard both in Canada and abroad. We applaud this year’s honourees and look forward to celebrating their well-deserved recognition.”

“Since the inaugural year of the Birks Diamond Tribute, we have had the privilege of spotlighting the illustrious careers of female storytellers from across the country,” said Christa Dickenson, Executive Director, Telefilm Canada. “This year’s recipients are truly inspirational, representing both the diversity and depth of talent in our industry, and stand as examples that other women can aspire to.”