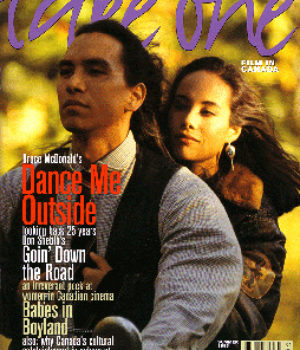 A Tribute to Phillip Borsos
by Peter O’Brian

On the spectacular morning of October 13, 1994, we were setting up for the final pick-up shots of Phillip Borsos’s last film, The Yellow Dog. The location was a one-hectare sandbar on the west side of Stave Lake, which lies north to south in the mountains of Golden Ears National Park, 15 minutes from Phillip’s hometown of Maple Ridge, B.C. The scene was Jesse Bradford blowing his whistle for the lost dog to return, and Bruce Davison as his father sharing his grief. There was no dialogue.

Phillip Borsos was not expected to make it to location that morning. He had been diagnosed with acute myloblastic leukemia on March 28, and although his spirit was as dominant as ever, he was debilitated and sick from two courses of chemotherapy and the subsequent return of the cancer. He was required to report daily to Vancouver General in preparation for the imminent bone marrow transplant needed to save his life. Despite his horrific situation, his cellular phone calls had been coming to props, camera, wardrobe and cast since 7:30 a.m. At 8:30, we realized that the cell reception was changing call to call and it confirmed our hopes – Phillip was on his way.

Through the timeless B.C. light that Phillip loved, Moss Urquart’s van rolled out along the sandbar, slowly, as if on a 400mm lens, and quietly stopped 20 feet from the camera. Phillip stepped painfully onto the sand and leaned on a cane. Surveying the camera setup, he said, “You weren’t planning to shoot without me, were you?” I said, “What took you so long?” Thirty pounds gone and a Vancouver Canucks cap replacing his lost Beethoven hairstyle, his eyes were clear, and it was his set. Then he did what he did countless times on countless sets throughout his 20-year directing career. He moved the camera.

Phillip Borsos was respected by great filmmakers like Francis Coppolla (Apocalypse Now), whose Zoetrope Studios presented The Grey Fox, and by Marlon Brando, who chased Phillip to direct one of his films. He was revered by writers and critics such as Pauline Kael, who called him “an inspired image maker,” Jay Scott, who said The Grey Fox was “one of the most astonishing debuts in Canadian film history,” and over the years by many others who appreciated his quality and talent. He was loved by all his long-suffering film artists and craft persons, executives and organizers, family and friends who arduously shared his dreams and standards of excellence and to whom he permitted in return a creative share in his luminous work. And he was appreciated by filmgoers everywhere for his powerful lens, his dignified human stories, and his majestic Canadian style. 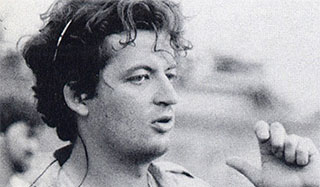 As a distinctly Canadian filmmaker, he was committed to the David Cronenberg production strategy, namely to make his own high-quality international pictures at home with his family and friends and trusted co-workers around him. In general, his best work was achieved in this supportive Vancouver atmosphere and it includes Cooperage, Spartree, Nails, The Grey Fox (considered his masterpiece and most fully realized feature film) and The Yellow Dog. He started his career there as a lab technician at Alpha Cine and became a superb film craftsman and an uncompromising artistic force who gave his artists room to create their best work.

When, inconceivably, he died on February 2, 1995, at 41 of complications arising from the bone marrow transplant, with nine new projects in development and his career on a new roll, we were shaken to our souls and time stood still. Many felt despair and anger that one of our very best was prematurely taken away from us, that his future in cinema would be forever unrealized, that a window to mysterious and alluring visions was slammed in our faces, and that the elusive maturity of our indigenous cinema was robbed of so powerful a contributor.

What about John Hunter’s screenplay Dustship, the story of Tom Sukanen who built a ship in the dust bowl of Saskatchewan and sailed it into Hudson’s Bay? Or Dennis Clark’s screenplay of The Captive, the true story of John Jewitt who was enslaved by Chief Maquinna when his ship’s crew were all killed in Nootka Sound in 1803? Or John Irving’s The Ciderhouse Rules, which Phillip’s literary agent, David Kanter, calls “the most beautiful screenplay I have ever read”? Or other projects in development or yet to be born? We will never see them and that’s hard. We are obliged instead to focus on the wonder of his legacy as it stands and we can but celebrate it:

For me, at the heart of Phillip’s work was a shining light of innocence and purity and, above all, truth that was fiercely represented by a demanding personality, and a self-invented, larger·than·life persona. For Phillip it couldn’t be good if it wasn’t honest. He said, “If you only get one chance to do something, it better be right.” He was true to that every day that he lived and worked. On the Stave Lake location it began drizzling after lunch. By three p.m. Phillip could no longer work through his pain and exhaustion. With three optional insert shots left on the call-sheet, he felt he had completed shooting his scene and his movie. We watched in silence as Moss`s van faded out of sight in the mist. We would have to finish the last shots without him, and it felt like nothing was ever going to be as good again.

This Tribute to Phillip Borsos originally appeared in the Summer 1995 issue of Take One magazine. Northernstars.ca acquired the archives of Take One in 2007.