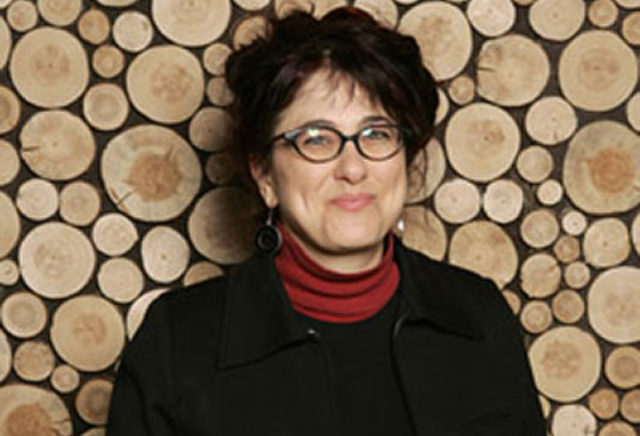 A home with its windows scratched out; buildings collapsing, houses on fire, a street submerged in flood water. Images of a family that slide in and out of focus are scratched, degraded and become covered in cracks and fissures. In Louise Bourque’s films, the world is an uncertain place and home is most definitely not a safe haven. A Quebec filmmaker who has been working since the 1980s, Bourque studied at Concordia University in Montreal and at the School of the Art Institute of Chicago and now works and teaches in the U.S. at Emerson College in Boston and the School of the Museum of Fine Arts. Her films have screened at festivals around the world, including the Rotterdam International Film Festival, Osnabrück European Media Arts Festival, TIFF and Switzerland’s Viper Festival.

I first saw Going Back Home (35 mm, 2 x 30 seconds, 2000) three years ago at Toronto’s Images Festival, and in 30 seconds (played twice so that you don’t miss it) it neatly encapsulates the concern with home that infuses almost all of her work. Scratchy, hand–processed and bathed in shades of fiery oranges and yellows, Going Back Home consists of scenes of destruction culled from found footage—of buildings falling and collapsing, engulfed in fire or surrounded by floods. Ironically accompanied by the sound of a tinkly music box tune, it warns that you are on shaky footing in this world and had better not count on home as a refuge.

Throughout Bourque’s body of work, this concern with the idea of home borders on obsession, like a dark memory that reasserts itself over and over again, and won’t release either her or the audience. In Fissures (16 mm, 2.5 minutes, 1999), home–movie footage is contact printed then hand–processed and toned so that the images are warped and fractured, emerging from and disappearing into passages of darkness. Together with the pulsing, repetitive soundtrack, Fissures creates a strong feeling of struggle and dread that is almost unbearable for the film’s short two–and–a–half minutes.

Imprint (16 mm, 14 minutes, 1997) visits similar territory, this time focusing on home–movie images of her family house that are relentlessly examined and manipulated. Hand–processed, solarized, toned, bleached, scratched and cut up, she treats the footage, as Fred Camper, noted American critic of the avant–garde, describes it, “as if attacking the place.” The house is a large and ominous presence, its windows often scratched out so that it appears alternately as if it is on fire or as 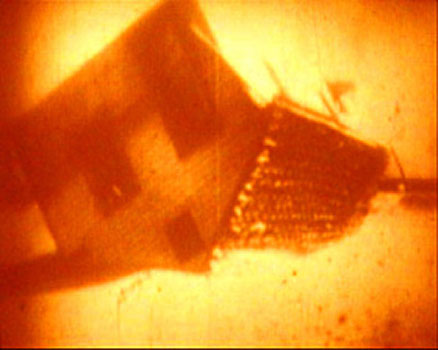 a place of dark foreboding. The family gathers in front of the house, the mother in her wasp–waisted dress a picture of 1950s domesticity as she repeatedly leads a child down the walk. The scratchy soundtrack of a record skipping reinforces the obsessive quality of the imagery. Imprint is the embodiment of an inescapable memory; a childhood experience imprinted on the adult.

An earlier work, The People in the House (16 mm, 22 minutes, 1994), is an experimental narrative that examines the dynamics of a 1950s Catholic household in crisis. Filmed in a highly–stylized and surreal style, the drama is played out within the confines of the house, its four walls becoming increasingly oppressive as the family members struggle to cope. The film breaks down idealized visions of family and religion, for in this house, they offer not consolation but despair.

Bourque’s most recent film, Jours en fleurs (35 mm, 4.5 minutes, 2003), is quite possibly the first of her works that does not deal with family and memory. It’s a beautiful work of abstract colour and texture, of contrasting dark and light. Here Bourque plays with the phrase jours en fleurs, which in Quebec refers to a woman’s menstrual cycle. A truly process–based work, footage of flowers was soaked in menstrual blood for several months, which degraded the image and resulted in crystalline patterns and colours of gold, emerald, magenta and black. At a solo show at Cinematheque Ontario earlier in 2004, Bourque said “Disintegration is also transformation.” Perhaps Jours en fleurs signals a new chapter for the artist, one in which despair has been transformed into something like hope.